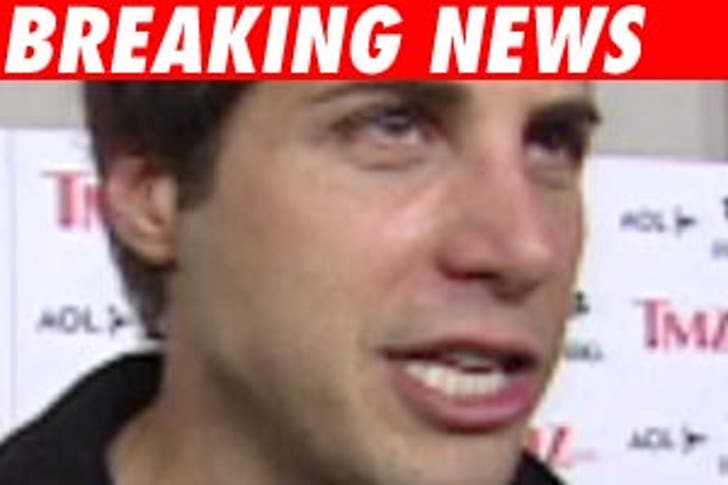 Candy Spelling's favorite smut mogul Joe Francis has just pleaded not guilty to one count of alleged misdemeanor sexual battery, a charge stemming from an incident in January in which, cops say, Francis fondled an 18-year-old against her will.

Francis pleaded-out through his lawyer, Aaron Dyer, in L.A. County Court, because as TMZ has learned, the "Girls Gone Wild" founder is in Oklahoma under the watch of U.S. Marshals. He'll eventually be on his way to Reno, Nev., where he'll be arraigned on federal tax evasion charges.

Joe will be back in court on June 26 for a pre-trial hearing in the case. TMZ reported back in March that Francis was at a birthday party in L.A. when he allegedly touched the teen girl on the breast, buttocks and inner thigh, even though she asked him repeatedly to stop.

He faces a maximum of six months in jail and a $2,000 fine if convicted.

UPDATE: In an exclusive statement to TMZ, Francis' lawyer, Aaron S. Dyer, said:
The allegations made by the alleged victim claiming she was "touched" are ridiculous. There is absolutely no merit to these charges. Mr. Francis is a successful man in a high profile position, and unfortunately, that makes him a target of people who hope to benefit in some way from attacking him. Mr. Francis isn't going to sit by and put up with these types of baseless attacks. He will vigorously defend himself and take whatever action necessary to clear his name. We believe that the Court or the City Attorney's office will ultimately be convinced to dismiss this matter.