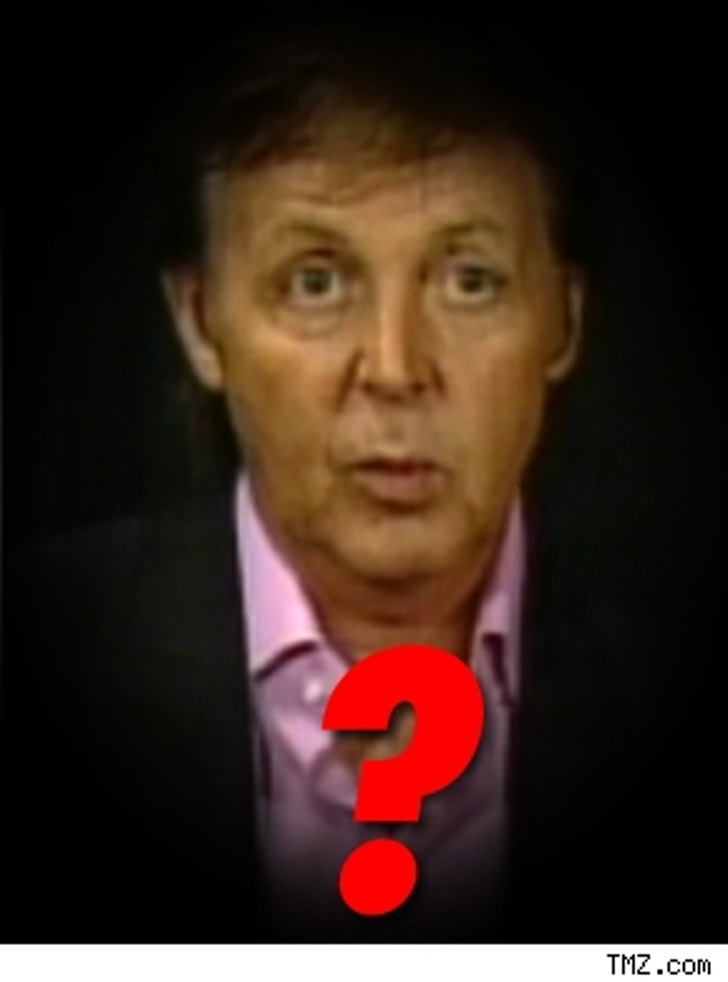 Paul McCartney is lashing back against rumors that he stood-up the "American Idol" finale last night (which was attended by his ex Heather Mills), after reports claim he screwed producers by backing out at the last minute.

In an exclusive statement to TMZ, McCartney's rep slammed the idle chatter, claiming that "Paul was never scheduled or approached to appear on the Idol finale." The rep added, "Even if he were, he likely would've needed to decline as he is in the throes of promoting the June 5th release of his new album. With that in mind, it would likely make it difficult to refer to him as a no-show."

Calls to "Idol" reps were not immediately returned.