The unholy union that is Heidi and Spencer shows no sign of slowing down. 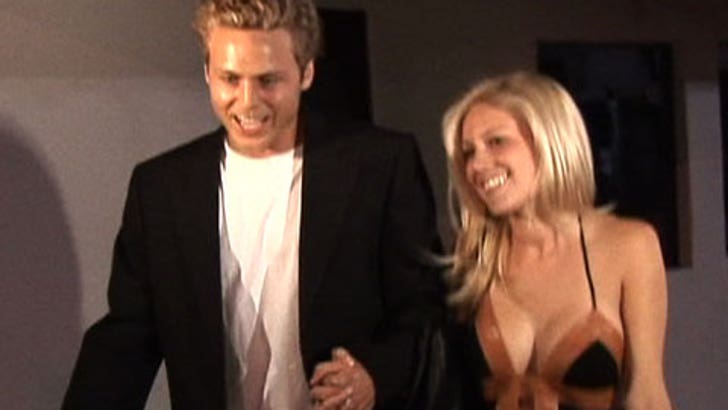 TMZ caught the newly-engaged "Hills" brats leaving Les Deux in Hollywood last night, where they constantly held hands and chatted up the photogs snapping their picture on their way to the valet. They sure do love attention each other!

Spencer joked that all the attention coming their way was due to a lack of anyone else to shoot, saying "Justin and Cameron must be at home." He's right. Though the two kept talking to every camera they could, Spencer did manage to keep his wedding date a secret, saying, "Every day is a big day, it's good to be alive."

Wouldn't want to jinx that now would we?