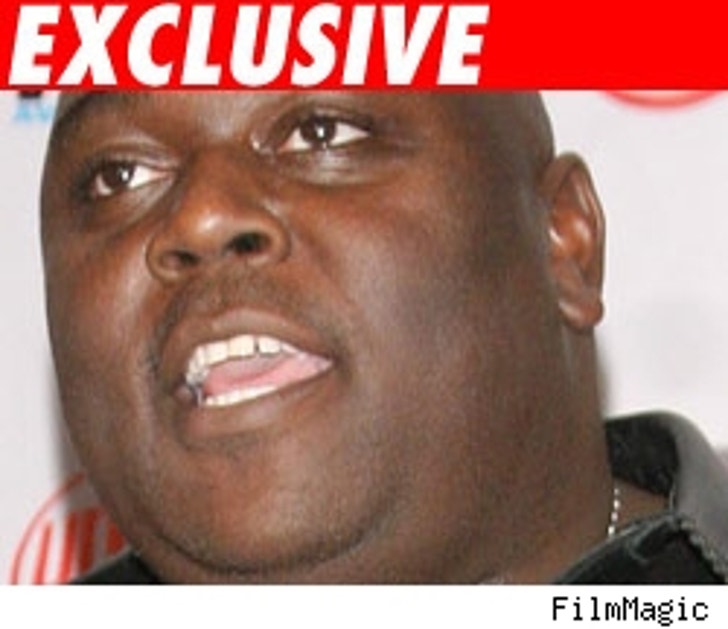 Big Worm's got a big problem.

Faizon Love, star of several movies, including "Friday," "Elf," and "Blue Crush," is being sued by a woman who claims the actor "barbarically assaulted and battered her" after the she allegedly rejected his sexual advances. She also claims he tossed her Gucci purse out of a second story window (a felony in Italy).

In a lawsuit filed today in Los Angeles County Superior Court, a stage manager named Beatrice Eliza claims that Love sexually groped her after picking up the actor from Burbank Airport in March. Eliza claims "he did not stop until she threatened to kick him out of the car." According to the suit, that's when the attacks turned violent.

Eliza claims that days after the rejection, Love unleashed a bitter attack on the set of a production, ironically titled "Irresponsible Behavior," which resulted in threats, chair-tossing, and two damaged designer handbags.

After an argument over a bathroom key escalated into shouting and cursing, Love allegedly grabbed a Louis Vuitton handbag he believed to be Eliza's -- and "attempted to throw it out of the second story window." When one of the producers of the play informed Love that the purse wasn't hers, he grabbed another handbag, a Gucci that actually belonged to Eliza, and sent it out the window!

According to Eliza's attorney, LAPD officers arrived on scene shortly after she dialed 911.

Eliza, who claims she has "suffered great mental, physical and nervous pain" as a result of the alleged incident, is suing for unspecified damages.

Calls to Love's reps were not immediately returned ... no word on the handbags.