While a judge sent Paris Hilton back to the big house for violating probation for driving with a suspended license, across the street at another probation hearing, a different judge let "Laguna Beach" badass Jason Wahler walk! 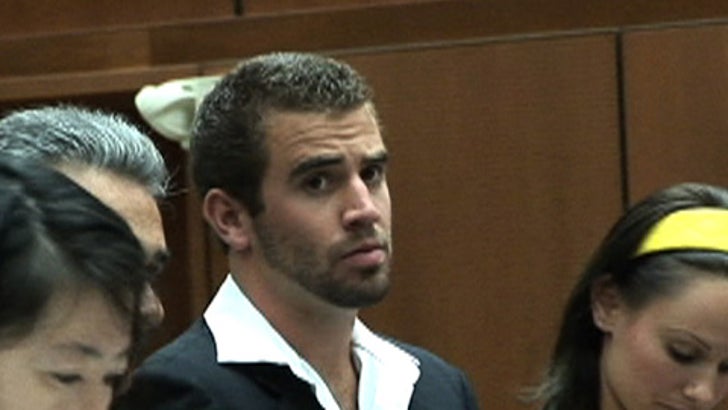 Wahler was arrested for criminal trespassing and assault in Seattle earlier this year, which prosecutors claim violated his probation from a September, 2006 battery arrest in Los Angeles. The judge denied the prosecutors' request to violate him, but reminded Wahler, who was dressed like an extra from "The Sopranos," about the seriousness of his alcoholism. The judge told Wahler that he "shouldn't drink" because "you can't handle it." Well, that and the fact that he is underage!

The 20-year-old must continue attending AA meetings and 36 more hours of anger management classes. Wahler will also have to continue with intensive rehab counseling at least four days a week. To avoid a 60-day sentence in L.A. County Jail earlier this year, Wahler attended what he called "straight up rehab." No Lohan day passes to the gym for Wahler!

The judge did warn Wahler that if (if?!) he messes up again, he'll be ordered into custody. Unfortunately, his track record isn't exactly exemplary. In the last year, Wahler has been arrested four times ... in four states.