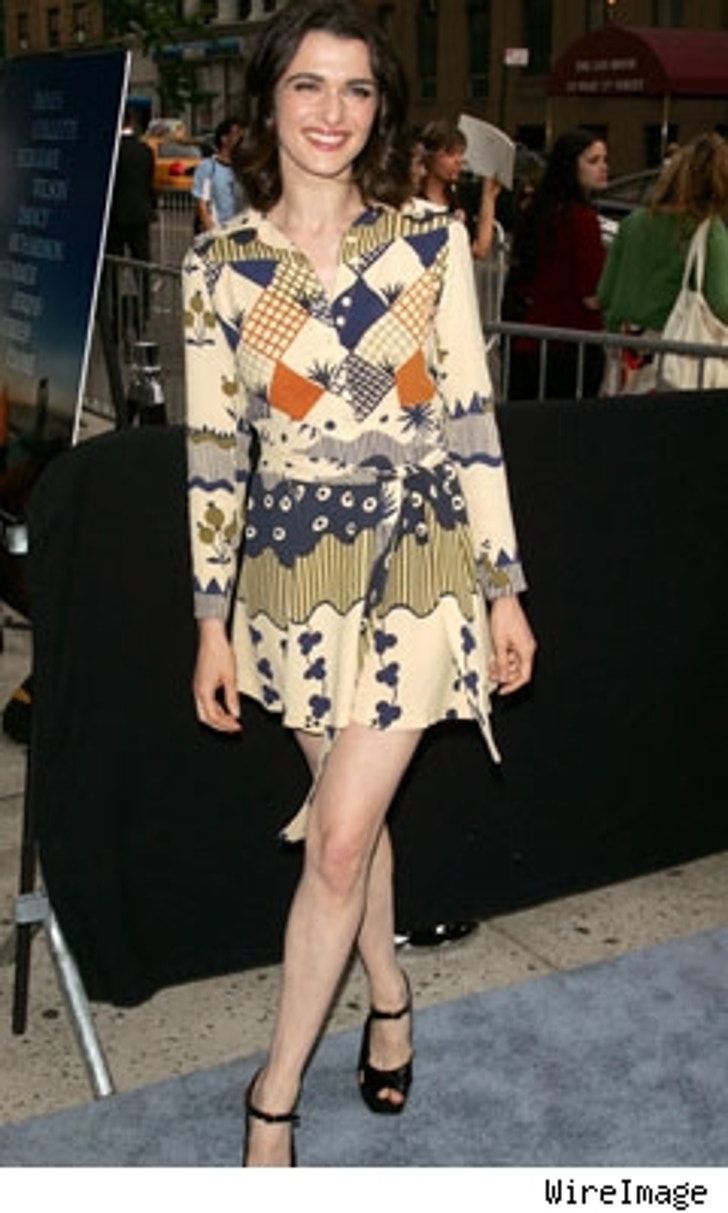 By the looks of her disappearing frame, Rachel Weisz is really getting into character for her role in the Peter Jackson directed film, "The Lovely Bones." And no, it's not the Nicole Richie Story!
Rachel reportedly beat out a long list of fellow A-list actresses who wanted to play the coveted role of a mother whose teenage daughter is abducted and feared dead, in the film adaptation of Alice Sebold's 2002 bestselling novel. Skinny actress, phat role!

The Oscar winner, seen here at a premiere in NYC on Monday, gave birth to a son last year, and has apparently lost all the baby weight -- and then some! Oh Mummy!