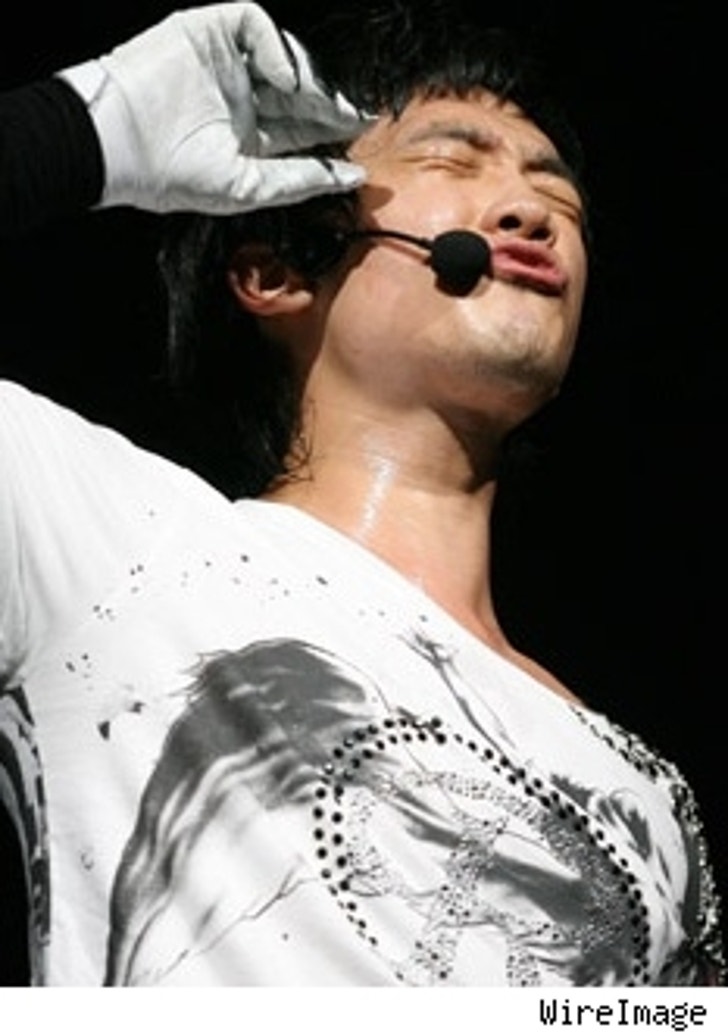 The biggest pop star in all of Asia -- Rain -- is facing a hailstorm of legal trouble in the US. A Honolulu concert promoter claims in a federal lawsuit that the so-called Korean "Justin Timberlake" defrauded them out of more than $500,000, and never had any intention of performing in the first place. And we're told that the legal mud-slinging could just be starting.

Well-placed sources tells TMZ that local promoters in Los Angeles, where Rain also canceled a concert an hour-and-a-half before the gig, are contemplating millions of dollars in legal action against the singer and his management company. "It isn't going to be pretty," says one source. All in all, Rain canceled two gigs and postponed three among his five US dates, citing a trademark suit in Nevada and technical glitches for the missed gigs. (The New York and Atlanta shows are supposed to go on this fall.)

Rain's Korean promoter, StarM, blamed its local counterpart in L.A. of financial mismanagement for the while V2B Global (the local guys) said that StarM tried to use a giant LED screen that wasn't up to code and disputes StarM's accusations.

In the Hawaii suit, filed in US District Court late last month, local promoter Click Entertainment alleges that Rain and his managers and promoters actually knew they wouldn't be able to perform because of the trademark suit in Nevada, but booked the gig anyway.

The day after the axed L.A. show, Rain told the L.A. Times he felt "ridiculous" about the snafus, but that the Staples stage "wasn't set up." His reps didn't return calls for comment.