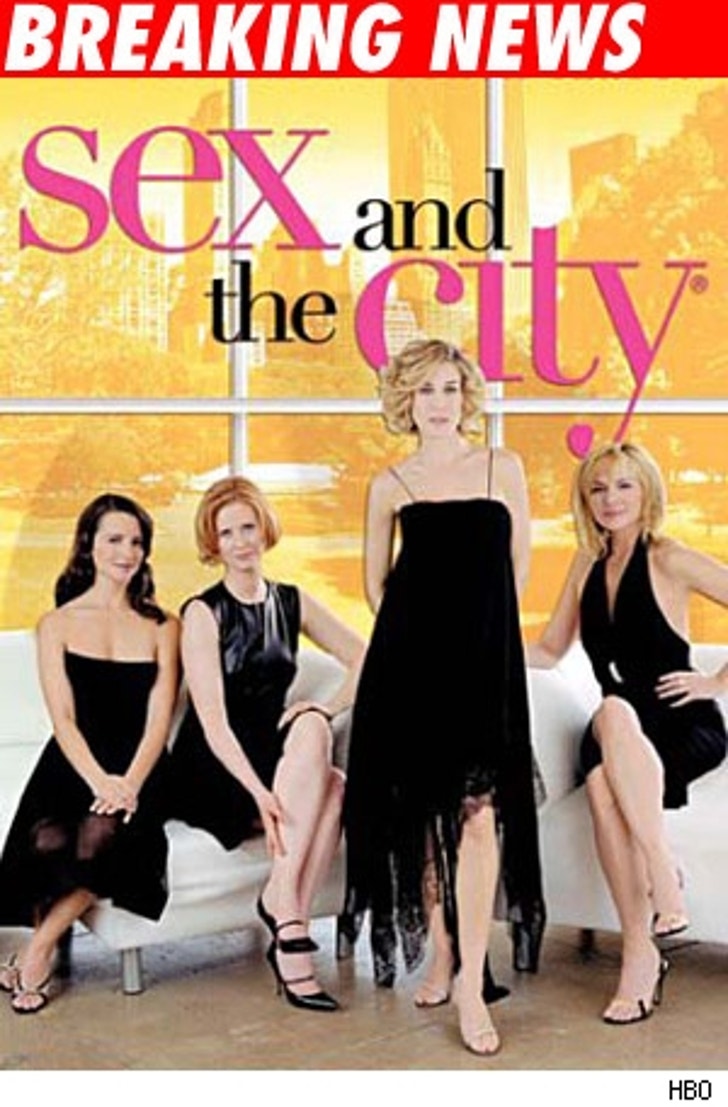 TV Guide's Michael Ausiello is reporting that the long-awaited "Sex and the City" movie is finally a go!

Speculation has been swirling for a while that the movie was hung up due to its dueling stars, but Ausiello reports that SJP, Cynthia Nixon, Kristin Davis AND Kim Cattrall have all signed on the dotted line to do the film.

Shooting reportedly will start in September.

Thank God -- no more lonely Friday nights watching season six on DVD while drinking a bottle of wine by yourself.