Whoever coined the phrase 'less is more' obviously didn't kick it with Hugh Hefner. 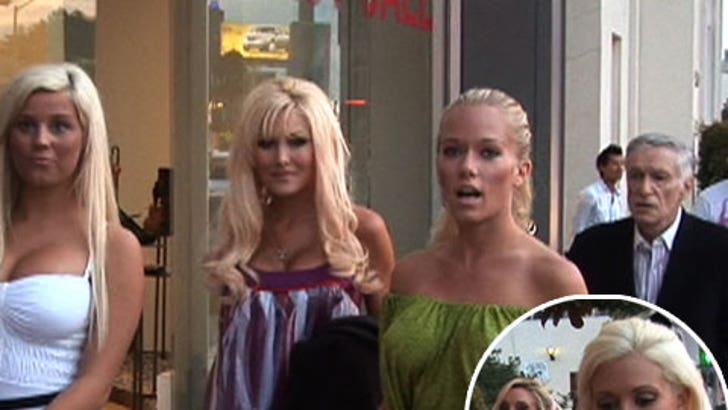 Walking behind his ladies -- no doubt trailing behind to take in a spectacular view -- the Playboy mac-daddy showed up to the new West Hollywood restaurant with five skirted and busty babes.

Life as Hef must be real hard. It's hard just watching.