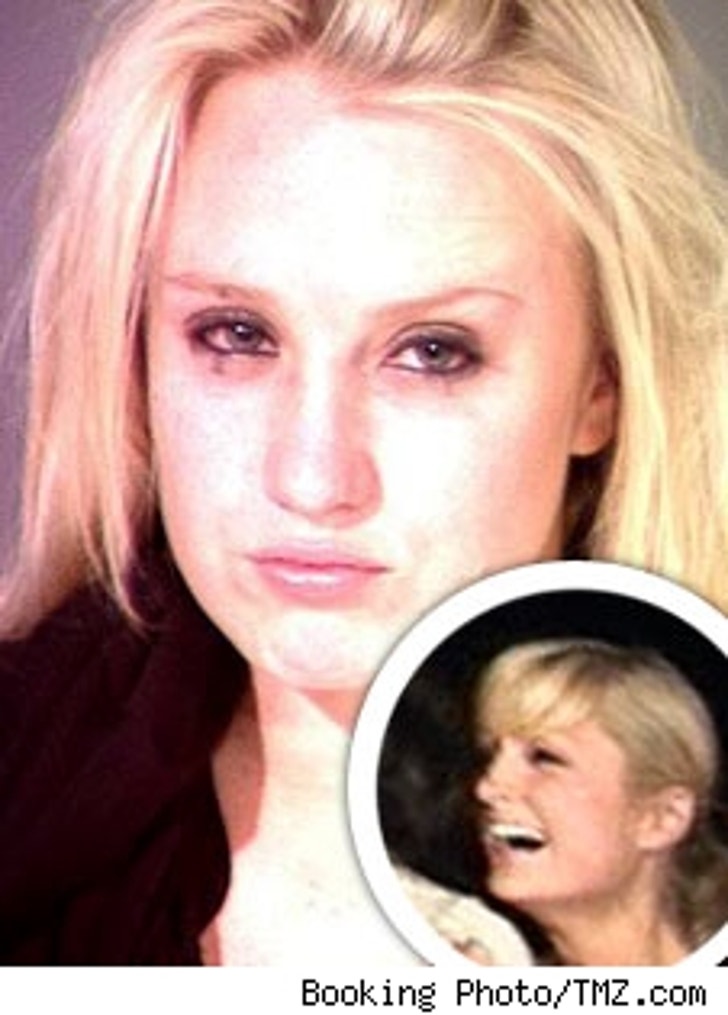 Paris Hilton's DUI-charged bad news cousin, Brooke Brinson, settled a lawsuit today related to a 2004 freeway accident she was accused of causing. As TMZ first reported, darling Brooke was driving a car registered to her favorite classy cousin Paris when she was involved in a massive traffic collision that caused a four-lane freeway pile up on a Los Angeles freeway.

Brinson settled for an undisclosed amount with Ivan Alvarez and Monica Delgado, two people involved in the wreck. The couple sued Brinson and Paris, claiming they were driving on Interstate 10 with their baby son, when they were struck by a car that was hit by Brooke- and owned by Paris. Delgado claims she suffered back pain and had medical bills of more than $1000, thanks to the socialite relative's poor driving skills.

Though Paris' car was damaged, Paris wasn't with the traffic disaster at the time of the crash.