Spencer Pratt apparently loves fiancee Heidi Montag -- and her new rack -- so much, he's videotaping her every move! Smile, girls!

TMZ was on Robertson Blvd. yesterday as the engaged "Hills" brats went on a pre-planned paparazzi-filled shopping spree, with the smarmy Spencer whipping out his own videocamera to record the day's festivities. 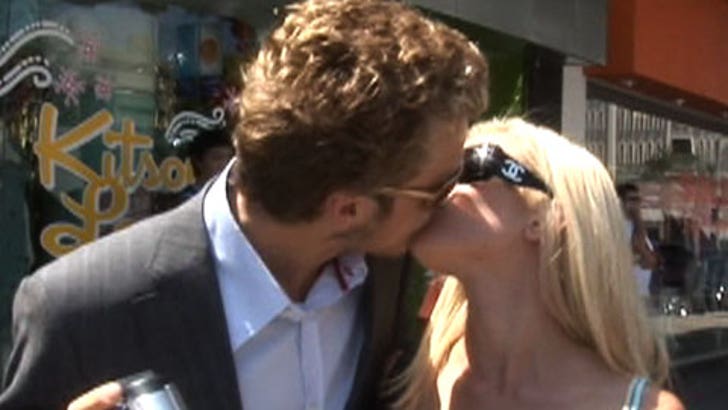 After dropping some dough at Lisa Kline, Sky, Kitson and a sunglasses store, the two hoofed it back to the the Ivy to get their car, where Spencer stopped taping so the couple could field questions about their upcoming wedding. "There's no rush," said Pratt. A clearly delusional Heidi said her man is "better looking" than David Beckham, adding Pratt is "a better boyfriend, I bet, too."

No word on if Spence picked up the camcorder again later that night for a more intimate recording.