TMZ has to make nice with a friend. Matthew Perry is not strapped for cash, even though "Studio 60" was canceled. Cameras caught the former "Friend" stuffing the pocket of a valet attendant last night! So there for you! We originally thought he didn't, but he did tip the valet. 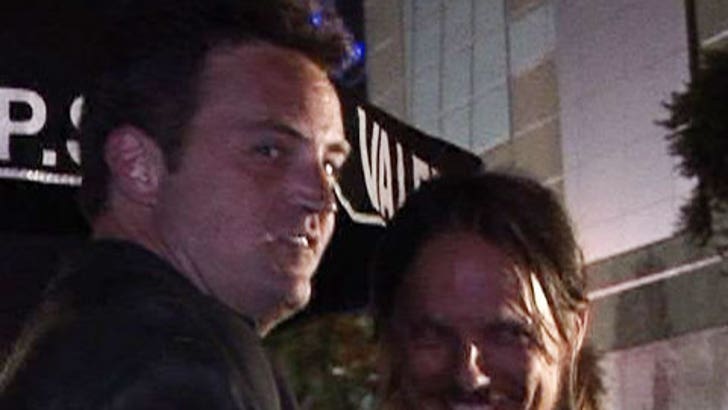 Our camera spotted Perry leaving the opening of Hollywood nightspot, The Green Door, when he slyly handed his own green over to the attendant by slyly stuffing some money into his shirt.

The star appeared on the Forbes Top 100 Celebrity rich list in 2003, and earned a reported $1.6 million per episode during the final season of "Friends" in 2004. Perry also has residuals in perpetuity -- and a couple bucks for the valet.