The po po are quickly becoming BFFs with Victoria and David Beckham! 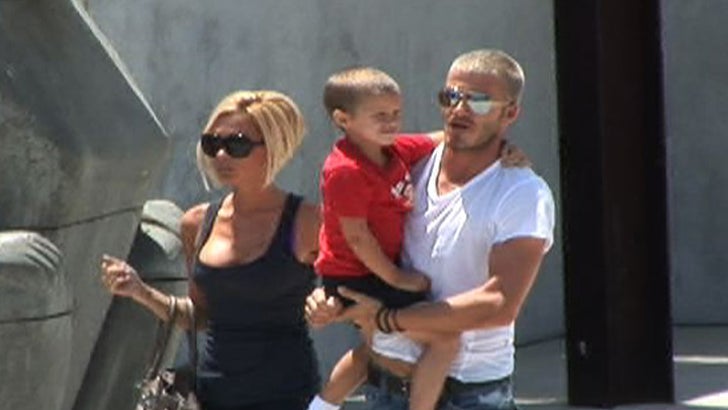 TMZ cameras caught Posh, Becks and one of their three sons coming out of Maxfield's on Tuesday, just moments after police cleared all illegally parked vehicles from a nearby alley -- most of the cars belonging to paparazzi waiting outside the store.

Earlier in the day, Beverly Hills police were called to Barneys to make sure photogs weren't blocking the store's front doors as they tried to shoot the British twosome shopping.