She hit and ran outside of court, while facing a hit and run charge inside -- will Pamela Bach ever learn? 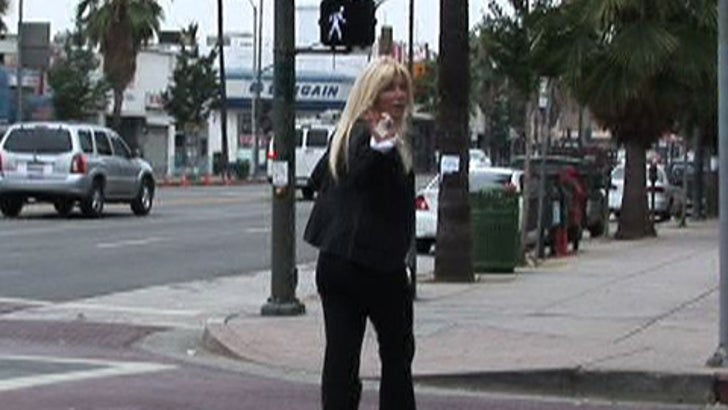 TMZ was in L.A. County Superior Court just moments ago, when a judge gave David Hasselhoff's ex-wife until Friday to get herself booked related to a hit and run charge -- which means fingerprints and a mugshot -- or else he'll "take it to the next level." Translation -- he'll issue a warrant for her arrest! This is the third time Bach has been ordered to turn herself in for this case.

After Bach spotted and then swatted TMZ's camera, Hoff's ex ran and hid -- and didn't make it to court today. Bach's most recent lawyer, however, was there on her behalf to face Nicole Valdez, a woman who claims Bach smashed into her 2006 Volkswagen Jetta back in January and fled the scene without leaving a note. A witness later connected Bach to the crash.

Valdez told the judge that she wants a formal apology for the alleged harassment and inconvenience Bach has caused her, as well as $2,907 for the damage. Bach's lawyer told the court that Bach is "willing to make an apology and the check is ready."