TMZ captured the Bavarian cuckoo in the heart of West Hollywood, just after his workout at the fabulous Crunch Gym, a favorite of musclebound underwear models and up and coming actors. 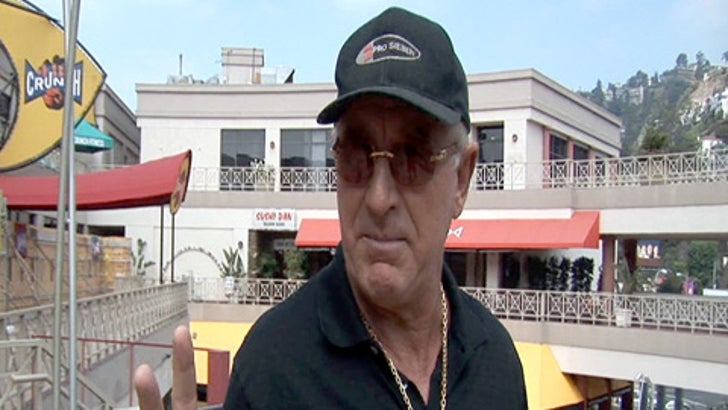 While the housebound Zsa Zsa Gabor, 90, rests in her disputed Bel Air mansion, her buy-a-title Prince trolls the local shops after his exercise. TMZ cameras asked if he was getting in shape to be able to fend off any future "attackers," and gold chain enhanced royal pain said, "Ziss vass not fun, ziss vass not a fun sing."

Von Ahole is involved in a continuing monetary dispute with Zsa Zsa's daughter, Francesca Hilton, who is Paris Hilton's aunt.