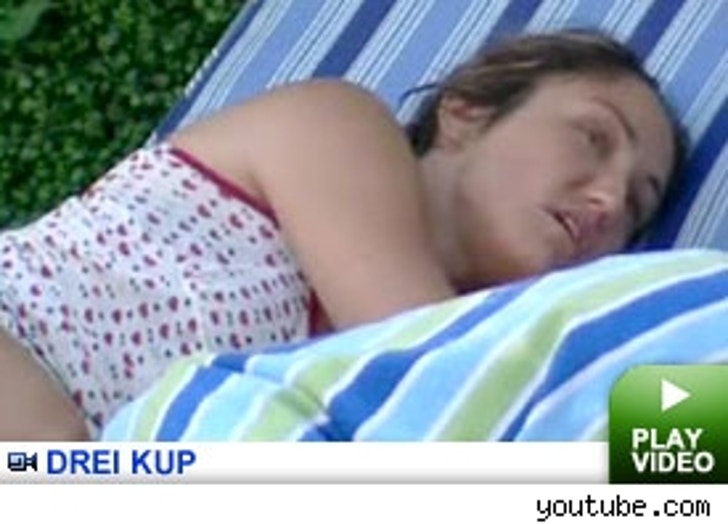 Relations between Israel and the "Big Brother" house are strained today, after a somewhat anti-Semitic rant from crybaby housemate Amber hit the Internet this week. Oy vey!

Where to begin, already? First of all, Amber said the majority of Jews she knows are "selfish." She then went on to say that her mom and sister explained to her that one can tell who is Jewish based on "their last name" and "by their nose." Gevalt! Amber then proceeded to tell a story about a selfish waitress she worked with who turned out to be ... wait for it ... Jewish! Didn't see that one coming! A shonda!

Jameka, who was on the receiving end of Amber's deep thoughts, reminded Amber that she shouldn't make blanket statements like that. "Yeah, you're right," Amber replied. "There is so much to think about." Most of which, it would seem, Amber has avoided thus far. Shmendrik.

William S. Paley, Ukrainian Jew, was largely responsible for the rise of the CBS network.

UPDATE: Abraham Foxman, National Director of the
Anti-Defamation League tells TMZ: "It's offensive. It's part of the unintended consequences of the communications revolution. Anybody can say what they do - but reality shows are now giving license to these expressions of anti-Semitism. Now, all of a sudden, the world is privy to their bigotry and it's on national television... then enhanced on YouTube. What they've done is distributed anti-Semitism -- which started as a private conversation -- and by putting it on a reality TV show broadcast it to the world at large. I want CBS to understand they are facilitating anti-Semitism. They should act responsibly to the community; they are legitimizing bigoted conversation."

UPDATE: CBS has issued the following statement: "BIG BROTHER is a reality show about watching a group of people who have no privacy 24/7 - and seeing every moment of their lives. At times, the Houseguests reveal prejudices and other beliefs that we do not condone. We certainly find the statements made by Amber Siyavus on the live Internet feed to be offensive and they will not be part of any future broadcast on the CBS Television Network.

Any views or opinions expressed in personal commentary by a Houseguest appearing on BIG BROTHER 8, either on any live feed from the House or the broadcast, are those of the individual(s) speaking and do not represent the views or opinions of CBS or the producers of the program."