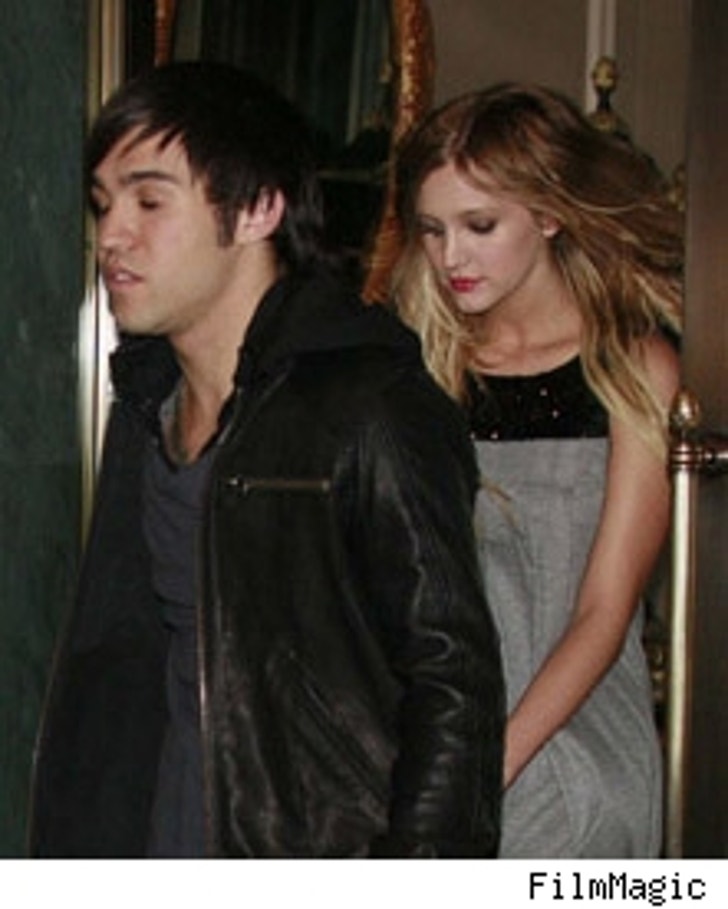 Pop sister Ashlee Simpson won't let pieces of any other girl get in between her and her man, Fall Out Boy/manscara wearer Pete Wentz. Last weekend in Chicago, she and Wentz stopped by the Blender Sessions at the Hard Rock Hotel to celebrate Crobar Chicago co-owner Mike Matushcka's 40th birthday, reports Page Six. A jealous and possessive Ashlee stayed close to Wentz and wouldn't let other ladies get near her man. When foxy female Fall Out Boy fans tried to get their pics taken with the emo-tastic Wentz, Ashlee "got whiny and dragged him away," said a source. 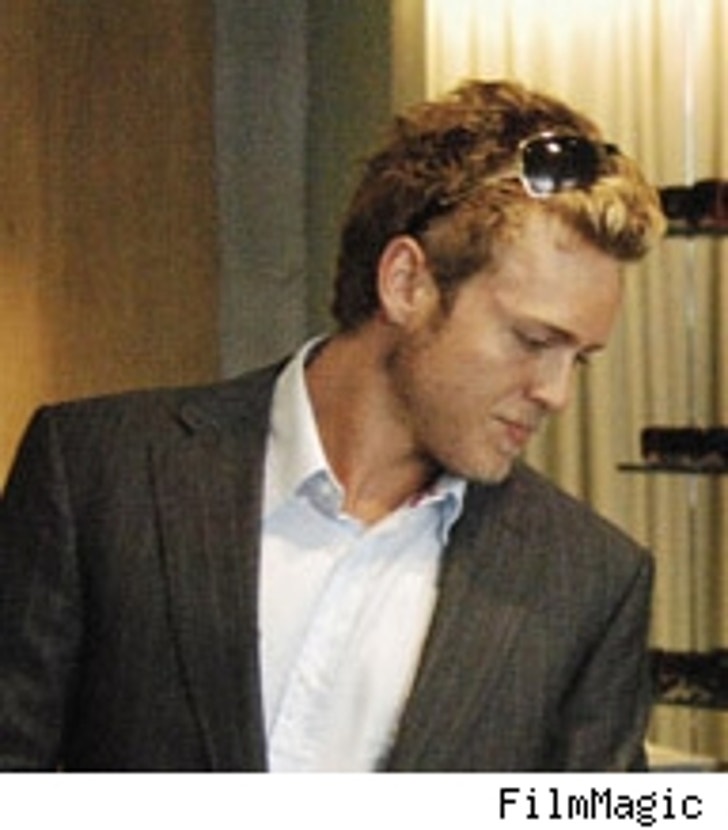 How has "Hills" Aryan supervillain Spencer Pratt managed to become a media phenomenon? Radar magazine thinks Pratt's got it down to a five point program. Bratty Pratt's master plan? Up your TV air time by becoming a controversial character. Then convince another show's star -- Heidi -- to settle down with you and -- then take over every aspect of her life. Next, start a public war with another one of the show's stars -- Lauren. Step four: Diss and drop your former BFF. Said Spencer of former friend Brody Jenner, "It's like Bush and Cheney, and you wouldn't see Cheney rolling with Bin Laden in the club." It might be good for Pratt to go to Afghanistan and see if he can roll with Bin Laden -- in the club.

And finally, if all else fails -- and hopefully, it will -- play the grandma card. Spencer says his grandma "wears a button with my face on it that says 'I'm Spencer Pratt's grandma.'" Poor woman!

"Apollo 13" actor Ed Harris had a hissy fit at Heathrow Airport when he was asked to empty his pockets at a security checkpoint, reports the London Sun. He was then "held for hours by police for trying to take a knife onto a plane." Pointedly stupid.