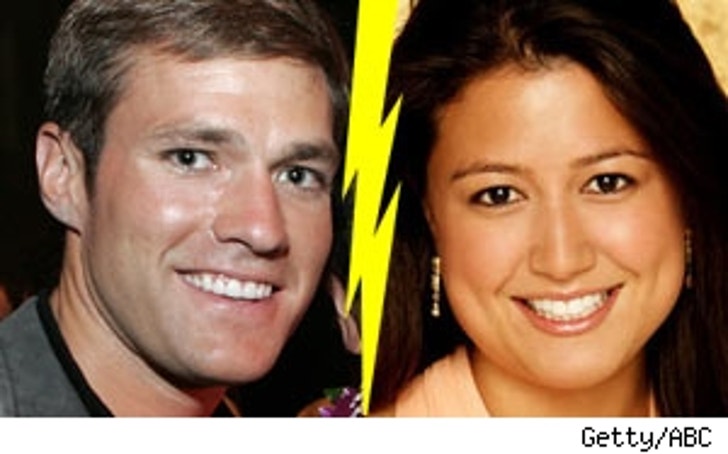 One week after ABC announced their newest Frankenbachelor candidate, Baldwin and his Season 10 bride of "Bachelor", Tessa Horst, have called off their sham marriage. No way!

Baldwin tells In Touch, "When the fantasy wore off and the reality set in, we both realized that we weren't ready to be engaged"-- especially with the cameras gone! The relationship is allegedly still on, but Tessa is holding off on moving to Hawaii to be near the cardboard muscle man. Alo-HA!

At least TomKat can rest knowing they still have the most contrived marriage in Hollywood.