Nicole Richie and Joel Madden kept real busy darting all over NYC yesterday -- but not as a couple. 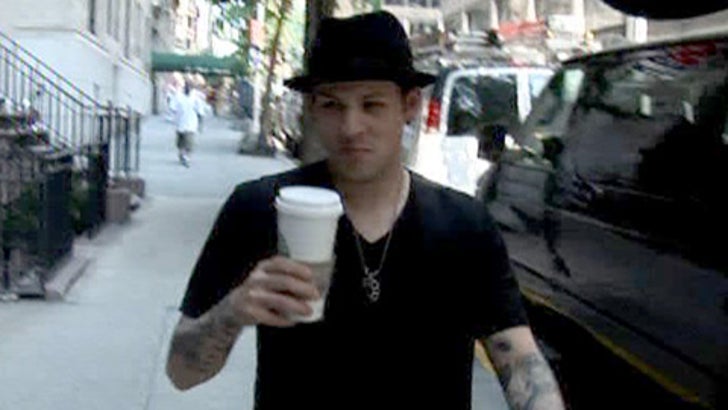 TMZ cameras caught Little Miss Pregnant hitting up the gym dayside on Wednesday, showing off her tiny bump in a tight white tank top after a workout at Equinox. Richie was also spotted getting her eat on at Da Silvano with a Ray-Banned buddy in the afternoon and later hit up The Bowery Hotel for dinner with DJ/friend-to-the-stars Samantha Ronson.

Standing by her man, but not exactly near him, Richie was then mobbed by TV crews, paps and fans as she made her way into Joel's show at Madison Garden, where his band opened up for Justin Timberlake. Madden then ditched Nicole again to DJ at the Village Pourhouse with owner Michael Sinensky to celebrate the bar's 1st anniversary party.

Cameras also caught Joel Madden making a quick Starbucks run earlier in the day for his girl. Better be decaf!