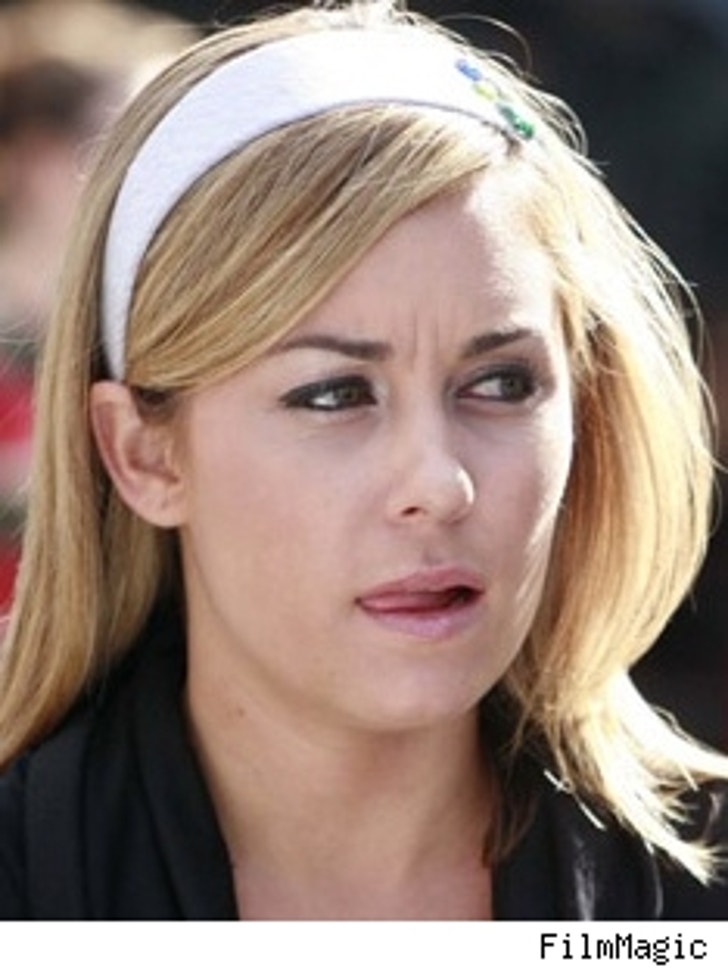 Read Lauren Conrad's freshly-glossed lips: No singing from me.

Demonstrating Socratic volumes of self-awareness and spewing more than a little betch-venom Heidi Montag's way, L.C. tells In Touch magazine, "I promise you: I'll never release an album!" This, apparently, comes in response to frenemy Heidi's more or less disastrous debut of her single "Body Language" yesterday on Ryan Seacrest's radio show. (Heidi's guy,Spencer Pratt, who lays down some rhymes on the track, says that it's not actually her "single.")

As for L.C., there's a good reason for her refusal to screech: "I don't have either [singing or acting] talent, so I'm not going to pretend like I do!" Reee-owww! "I don't really have very many talents! I'm OK with it, though."