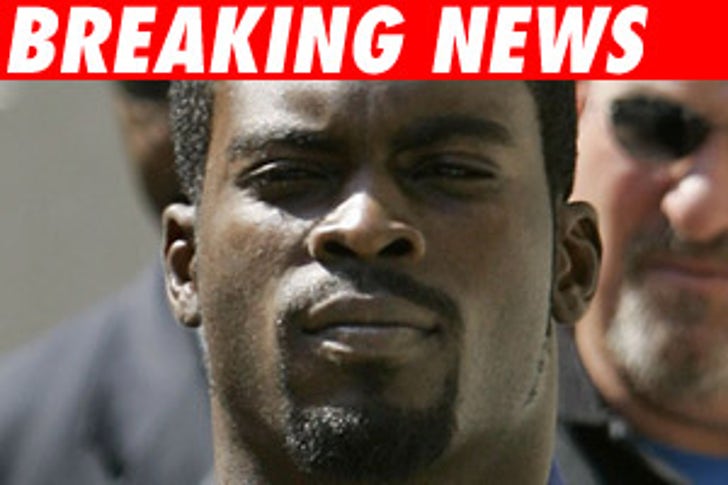 A federal grand jury was scheduled to hear testimony today. His co-defendants have already struck deals and turned on the NFL star.

According to one report, Vick will likely get a prison sentence -- we don't know the duration.

The report claims that next Monday, Vick will enter a guilty plea to charges of felony conspiracy. Vick's lawyer is quoted as saying, "Mike's accepting full responsibility. He's going to do everything he can personally and professionally to make this situation right."

UPDATE: The NFL has issued the following statement: "We are aware of Michael Vick's decision to enter a guilty plea to the federal charges against him and accept responsibility for his conduct. We totally condemn the conduct outlined in the charges, which is inconsistent with what Michael Vick previously told both our office and the Falcons. We will conclude our own review under the league's personal conduct policy as soon as possible. In the meantime, we have asked the Falcons to continue to refrain from taking action pending a decision by the commissioner."