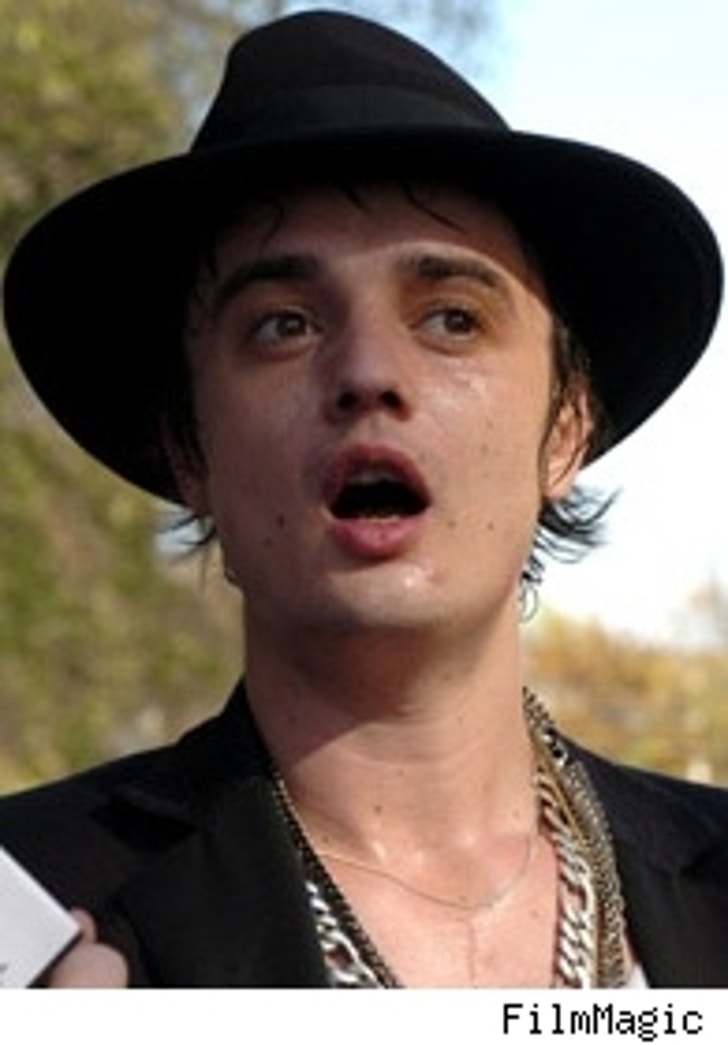 But Kate Moss' ex-boytoy was let off by a judge yesterday, after coppers in east London couldn't get him in front of her within 24 hours of his Monday arrest on suspicion of drug possession. Doherty had been arrested around 2:30 AM Monday, after performing with his band Babyshambles at a festival. But, according to reports from the UK, Judge Susan Williams had to let him go, saying, "Anyone arrested for a breach of bail must be brought before the court and dealt with in a 24-hour period."

Of course, Pete's escaped big trouble several times before, having been threatened with jail less than two weeks ago. It's unclear how his recent arrest will affect that case, in which he admitted driving illegally with crack, heroin, ketamine and pot.