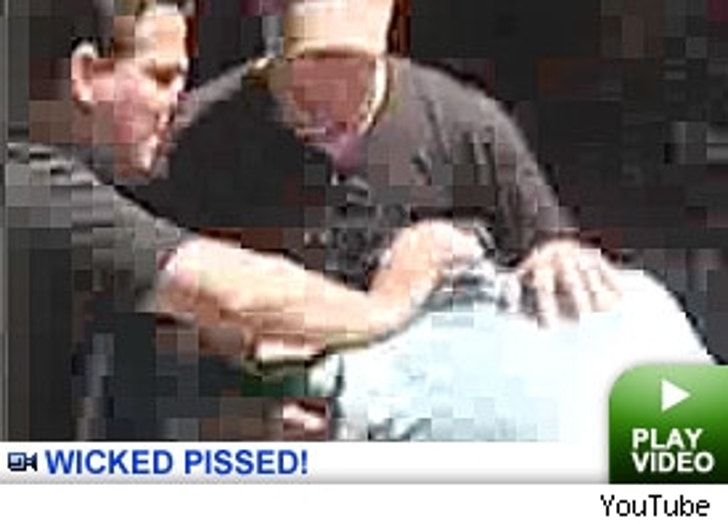 Reality show staple "Boston" Rob Mariano came to blows with a reality show wannabe at tryouts for the new show he's hosting. "Boston Rob" in a new reality show? Get out!

In a video posted on YouTube over the weekend, Rob -- who has appeared on two editions of both "Survivor" and "Amazing Race" -- can be seen exchanging words with another man who throws water at Rob and then shoves him. After a minute or so of posturing, Rob throws two quick right hands to the guy's head and then has security take the guy away. Wicked tough!

The show -- called "Tontine" -- claims that it will be giving away "the biggest prize in reality television history" -- $10 million. Only one problem: it hasn't been picked up by an actual television network. Minor technicality.