TV and radio showman Ryan Seacrest walked out of Mr. Chow yesterday and was met by his chauffeur -- well, someone who wanted to be his chauffeur. 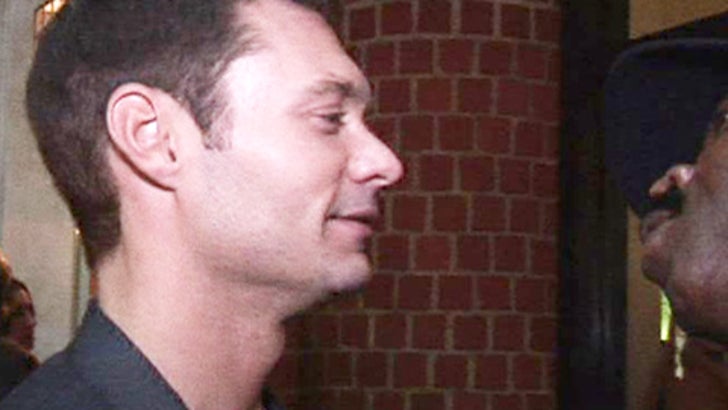 The "A.I." host was personable when approached by a card carrying courier, who reminded Ryan they had met at a party "at that nice house" in the hills. The man was disappointed because Seacrest said he would call him -- if he ever needed a ride -- but never did. What a stand-up guy!

Seacrest, who left in his own car, is set to host the 59th annual Emmy Awards on September 16 -- at least that's what he says.