A Saturday night out in Hollywood isn't complete until there's a brawl in the streets -- or until Steve-O says something stupid in front of a camera. Here's both! 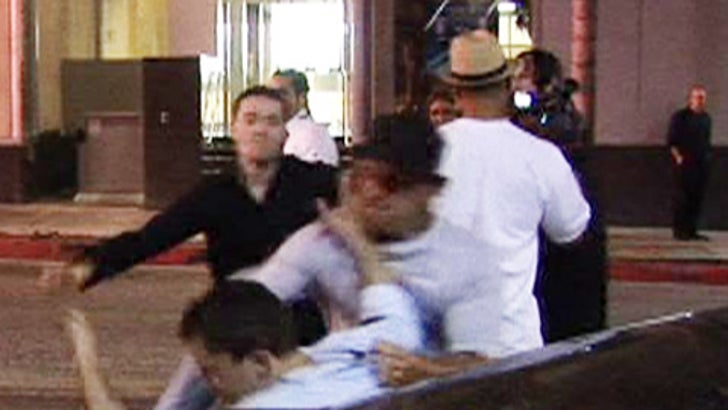 A huge fight broke out in front of Teddy's last night, where it took four bouncers to calm down a group of knuckle knockin' party people. When the dust settled, the "Jackass" star showed up to give some post-fight commentary -- including a 5-second long hyena cackle.

Steve-O claims he's been recording a rap album, but perhaps he should stick to what he knows best -- attending the school of hard Knoxvillle.