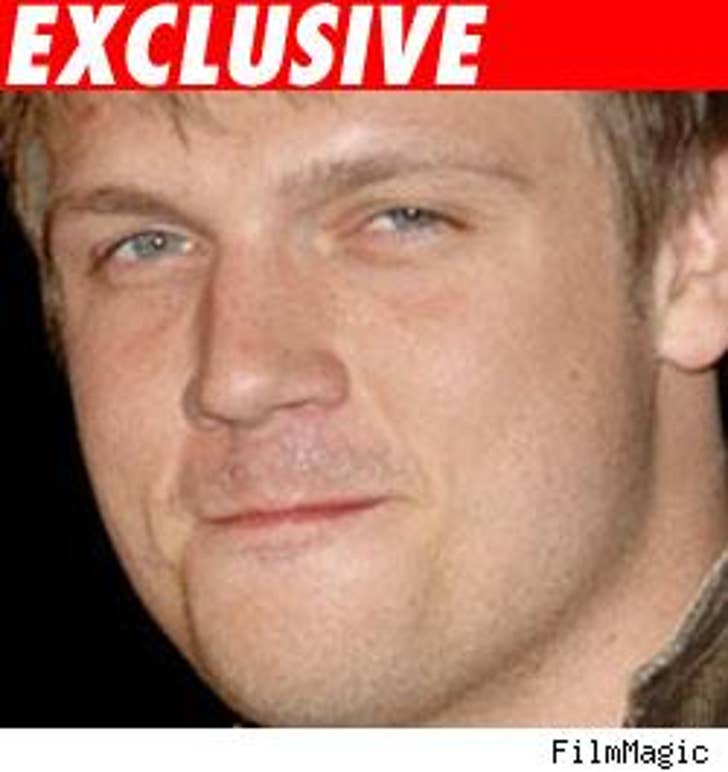 The fragile reconciliation between Backstreet Boy Nick Carter and his mother Jane is definitely off, after Jane dumped Nick's dog Layla at a North Tampa animal shelter earlier this week -- without Nick's knowledge or permission. Doggin'!

Nick asked his mother to babysit for pit bull mix Layla, while he geared up for his upcoming reunion tour with Backstreet Boys. He was even paying her for the dog's upkeep, but apparently, Jane had no interest in holding up her end of the bargain.

Ranelle Black, who rescued the pit bull from an L.A. County animal shelter and let Nick adopt the pup in March 2006, said she received a call from the Florida shelter on Monday, after volunteers identified Layla via microchip implant. Black, who volunteers with L.A. Animal Services and regularly fosters pit bulls, had Layla implanted with the chip to track her whereabouts.

"I called Nick and he had no idea that his mother had dumped Layla. He was very choked up," said Black, who noted that Carter spent more than $7,000 to train the precocious pup.

Said Carter's publicist, Juliette Harris, "Nick is devastated and frustrated, and is doing everything he can to get Layla safely back."

Because there's a pit bull ban on commercial airlines, Nick is going to either "charter a plane to fly her back, or fly dog handlers out to bring her back to him," said Harris. Ain't that a bitch?!