Andy Dick pulled a Brad Garrett on a TMZ photog last night, smacking the crap out of a camera and ripping the snapper's shirt right in the middle of Hollywood. 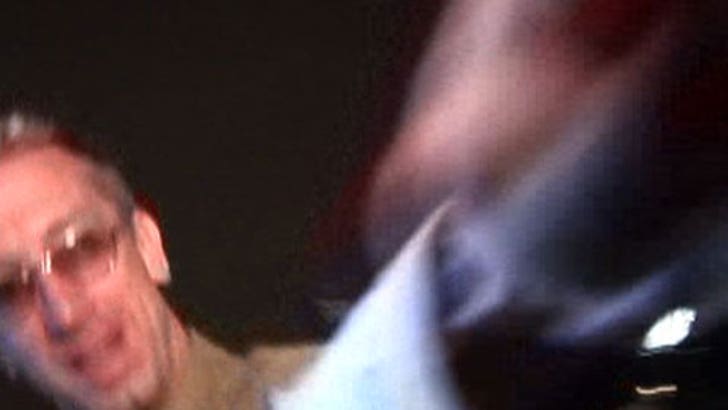 It all went down outside of Opera nightclub, where Andy embarrassingly tried to get in wearing shorts -- a big dress code no-no. After his rejection was caught on tape, Andy talked his way in, but emerged a short time later. Obviously irritated, Dick took his frustrations out on the wrong guy. After wildly swinging at the photog, Andy chased the shooter down the world famous Walk of Fame. The snapper took off, hoping to get away from the bottle-chucking comic, but every time he turned around, Dick kept coming like a serial killer in a bad '80s slasher flick!

As Dick insanely cackled, a passerby shouted "F**k 'em up Andy!" Fortunately, Andy was too out of shape to catch him a second time -- and finally gave up.