Nick Hogan was pulled over for speeding by police in Pinellas Park, Fla. on August 10, and the incident was caught on a police cruiser dashboard camera. Whatcha gonna do?! 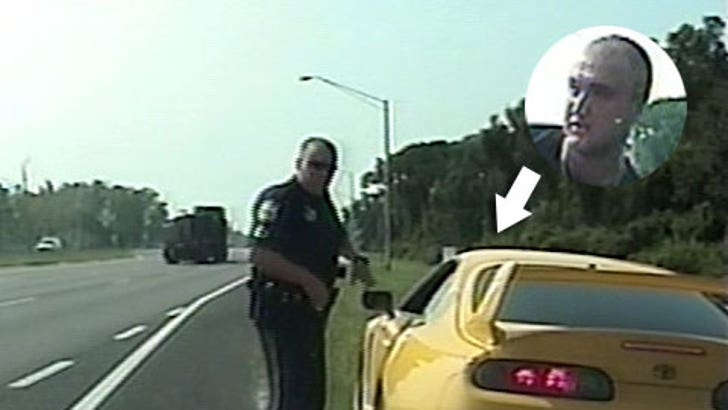 Hogan, who has received three other citations in addition to this incident, was pulled over around 10:30 AM on a stretch of U.S. Highway 19. The officer can be heard saying, "Going 82 miles per hour in a 45, that's an issue, ok? That's a problem." More so than he even realized.

Hogan, who was in a spectacular car wreck on August 26 that has left his friend John Graziano in critical condition, is scheduled to appear in a St. Petersburg court on September 10 to answer the speeding charge.