The Barbi Twins have filed a lawsuit claiming they were duped by a director into appearing in a documentary, but not all the wig-wearing, pancaked he-shes involved with the production are suing ... yet! 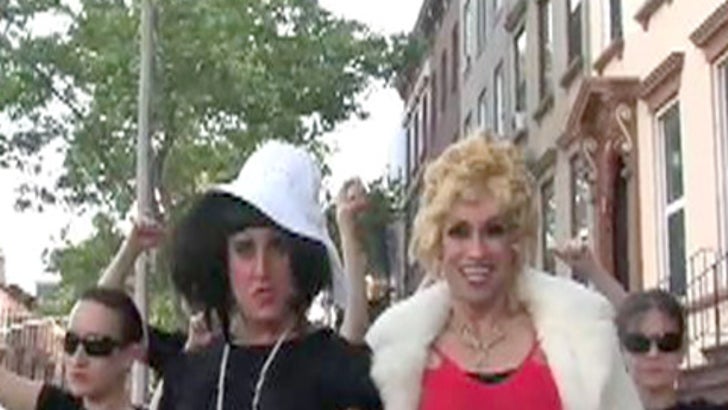 The hilarious Greg Scarnici was hired by "Your Mommy Kills Animals" director Curt Johnson to write, record and direct a music video to run during the doc's closing credits. Johnson had seen Scarnici's hysterical Beyonce and Fergie viral video parodies and contacted the Brooklyn actor/writer/director to make a satiric clip for his animal rights film. The anti-furgalicious result has to be seen to be believed!

Check out for yourself why Scarnici's video, featuring MC Fashionista and BQE, has horrifyingly gorgeous cross-dressers!