The Backstreet Boys -- minus Kevin -- all met for lunch at Malibu Country Mart yesterday. Tell me why! 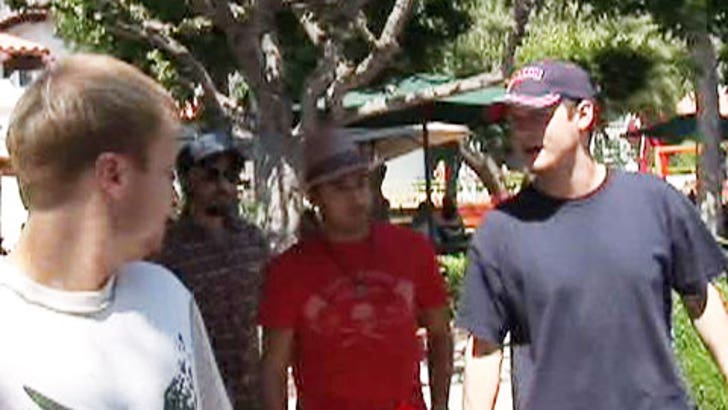 The group recently released a single and is working on a new album -- just don't call it a comeback! Both Nick and AJ were quick to correct TMZ when we asked about the so-called "reunion," with AJ saying they never broke up and "just took a little nap time." Nick also told our cameras he's working on getting his dog back, after his mother unloaded his pit bull at an animal shelter without his permission.

So why no Kevin Richardson at the boy band buffet? The guys tell TMZ he prefers being a domesticated family guy to the larger than life burden of being a grown man in a boy band. Guess he didn't want it that way.