Celebs seem to be fleeing L.A. for Las Vegas, where Britney Spears is allegedly hosting the opening of LAX at Luxor -- but LC tells TMZ she's heading to New York City. Watch out Manhattan! 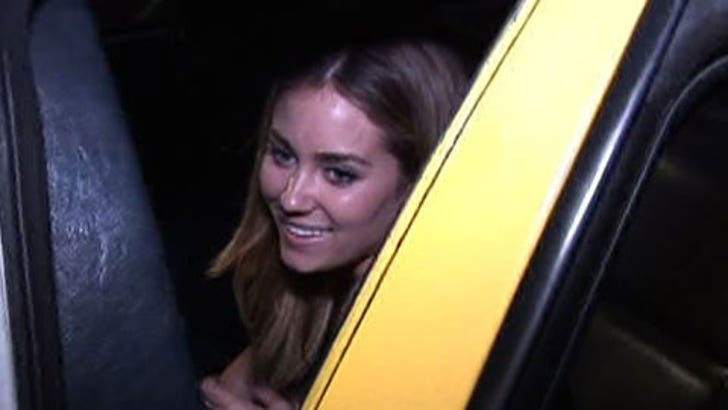 Cameras caught "The Hills" star leaving Opera last night, where she partied with co-star/ex-boyfriend Brody Jenner and his pal Frankie Delgado. LC was escorted to a waiting taxi by club security. No DUIs for Ms. Conrad!

Also out: The formerly TMZ-obsessed Sarah Paulson, Patrick Muldoon, Charles Barkley and Keenan Thompson, who had an awkward run-in with an excited fan on the street outside Geisha House. Sayonara!

All this and more in today's belabored holiday weekend edition of Star Catcher.