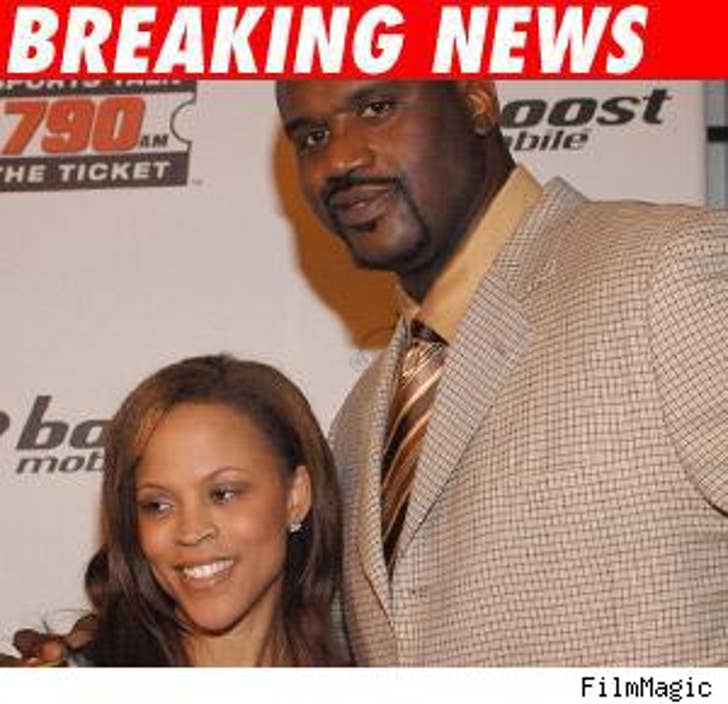 Look out ladies (seriously, get out of his way), Big Shaq Diesel is going back on the market.

In divorce papers filed Tuesday in a Miami court, Shaquille O'Neal claimed his marriage to wife Shaunie has been "irretrievably broken," and accuses her of being shady with his cash, reports the Miami Herald.

The couple has four kids together, and each has a child from a previous relationship. They tied the knot in a ridiculously lavish Beverly Hills ceremony in 2002. Shaq, who is currently in a contract with the Miami Heat worth a cool $100 mil, claims that his wife has been "secretive about her assets," and he has asked the court to order a full investigation into every penny she came into during their union.

The Big Daddy also notes that he made Shaunie sign a pre-nup -- which he's asking the court to keep private. As for custody, the jet-setting basketballer requested that the kids live with Shaunie, and that he receive "liberal rights of visitation."