Usually, LC and Frankie Delgado (Brody Jenner's right hand man) are accompanied by an entourage, but last night at II Sole it was just the two of them. Frankie's not just a wingman, he has his own life! 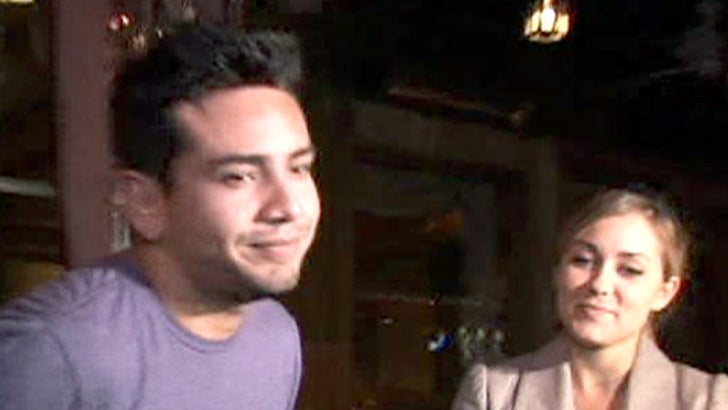 "The Hills" pair were friendly with paparazzi, but looked extremely uncomfortable. Camera shy? Lauren, being the junior businesswoman she is, told photogs they, "Gotta watch 'The Hills'" if they want to know how she and Heidi are getting along.

Evidently, there's some feud going on.