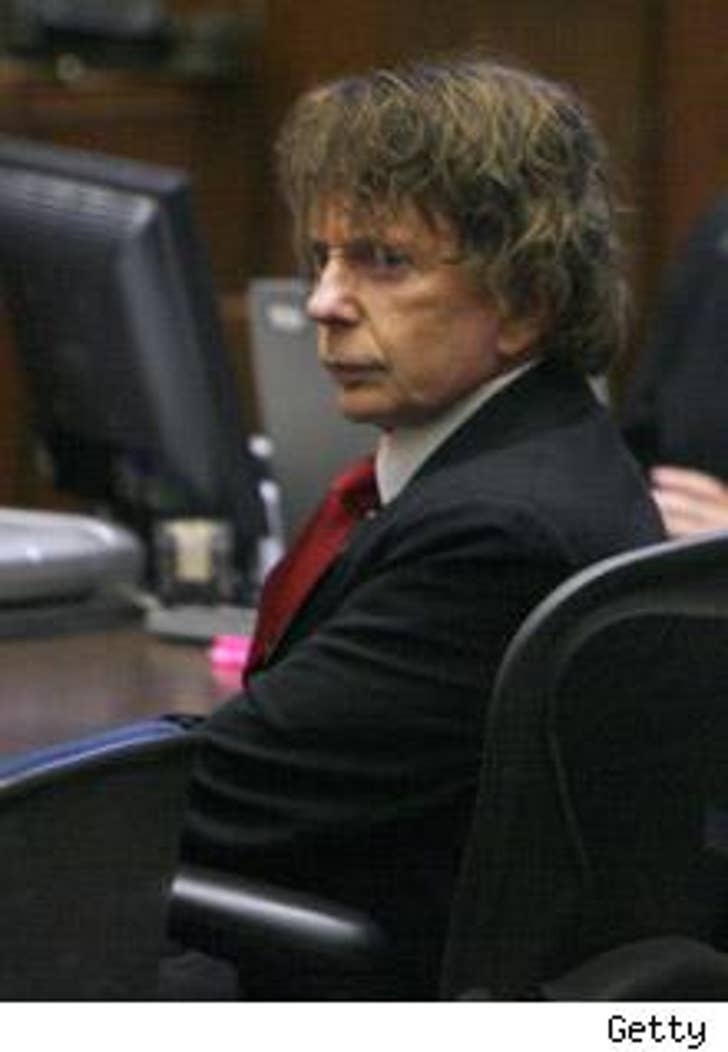 Five months after it began, the murder trial of crazy-haired music legend Phil Spector ended Friday.
Spector was tried for the murder of actress Lana Clarkson. The prosecution alleged that he murdered Clarkson in February 2003, just after she entered his Alhambra, Calif. mansion. The defense argued that Clarkson committed suicide, claiming that she was depressed and had planned to kill herself. Miss Clarkson, 40, died after being shot in the mouth.
The prosecutor alleged that Spector has a history of terrorizing women, and that on the night of Clarkson's death, he emerged from the home with a gun and said to his chauffeur, "I think I killed somebody." The defense countered that the chauffeur was mistaken and that there was no scientific evidence linking the gun to Phil.
Spector, 67, was charged with second-degree murder, and if convicted, faces 15 years to life in prison.