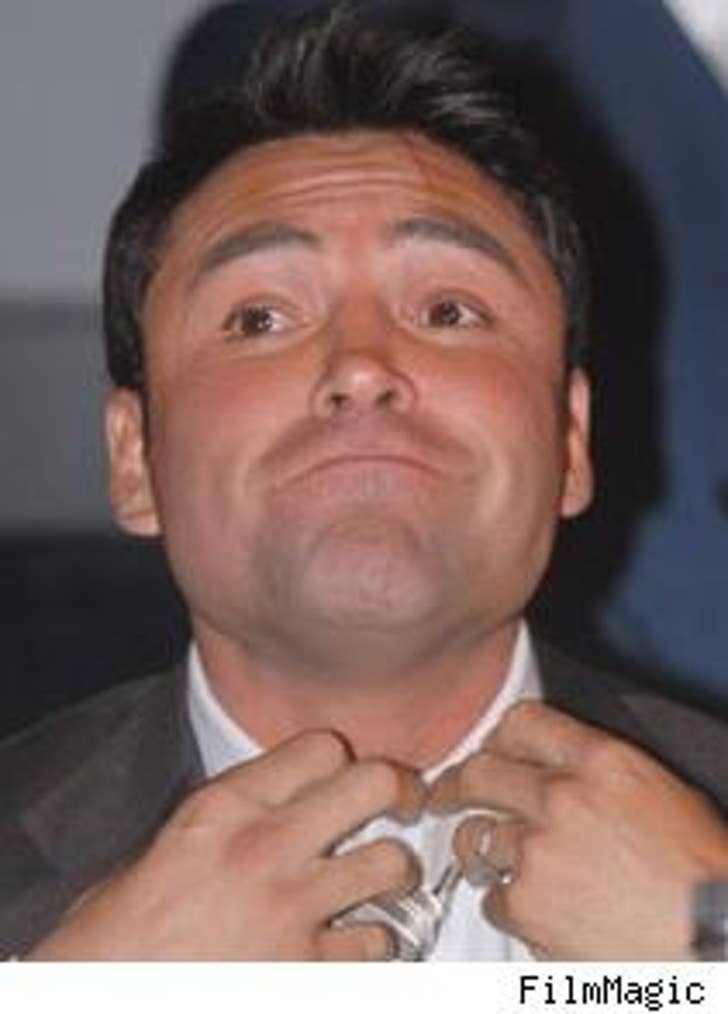 Photogenic boxing champ Oscar De La Hoya says that a slew of photos making the Internet rounds purporting to show him in panties, fishnets and heels are fake -- and he's hired legal heavyweight Bert Fields to give the snaps the ol' roundhouse.

Still, report Rush & Molloy, the exotic dancer who says she took the pictures insists they're real, and that they were taken at the Ritz-Carlton Hotel in Philadelphia in May. "Now that she's being called a liar, she's ready to sell her story," says Gotham mag columnist R. Couri Hay.

But Fields swings back, saying, as many have, that the photos are "a really bad photoshop job," and demanded in a letter posted at Usmagazine.com that they be taken off the net. A little late. 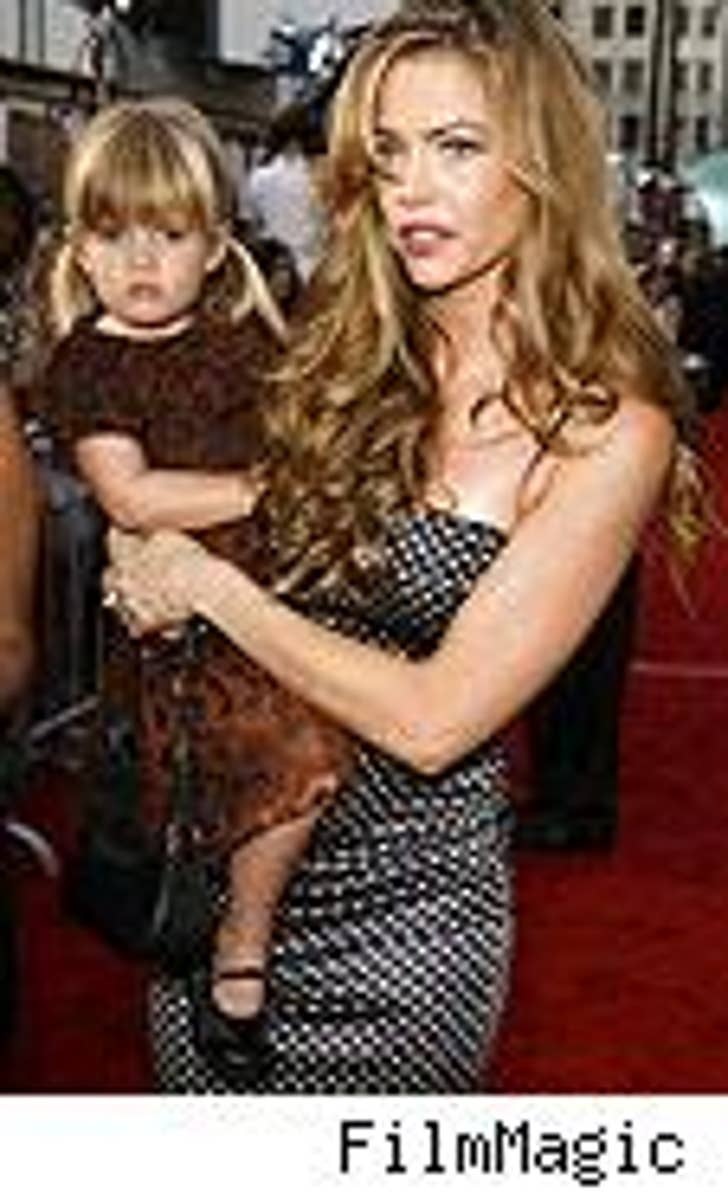 It just keeps getting uglier in the Sheen-Richards custody tussle, and yesterday the actress asked a judge to "protect her children" from Charlie.

Richards' lawyer tells People that Denise "believes that Charlie has significant personal issues ... which require her to take action," and she wants to stop Sheen's overnight visits with the kids, Sam, 3, and Lola, 2. The lawyer didn't specify what those "issues" were.

As usual, Sheen had plenty of venom in return, saying that Richards "behaves as though she owns our children. She does not. A day of legal reckoning for her is fast approaching." 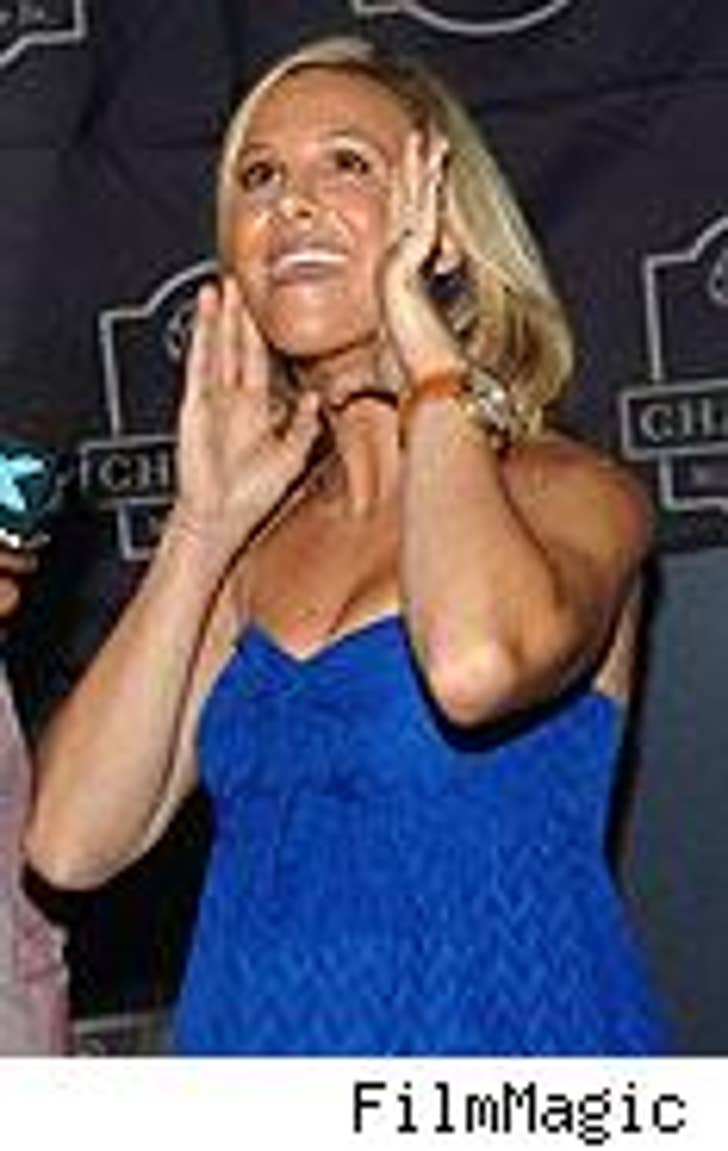 Rosie O'Donnell almost made Elisabeth Hasselbeck start boo-hooing during their infamous on-air scrape earlier this year, but Elisabeth used the power of softball to forestall her tears.

Hasselbeck tells Pregnancy magazine, "I almost had the same feeling in me as when I had a championship game and I was up to bat and the pressure was on ... I'm very lucky that tears didn't come out." Hasselbeck played for Boston College before her "View"-ership. Lizzie's second spawn drops in November. Perhaps Barry Manilow can do the show while she's on maternity leave!