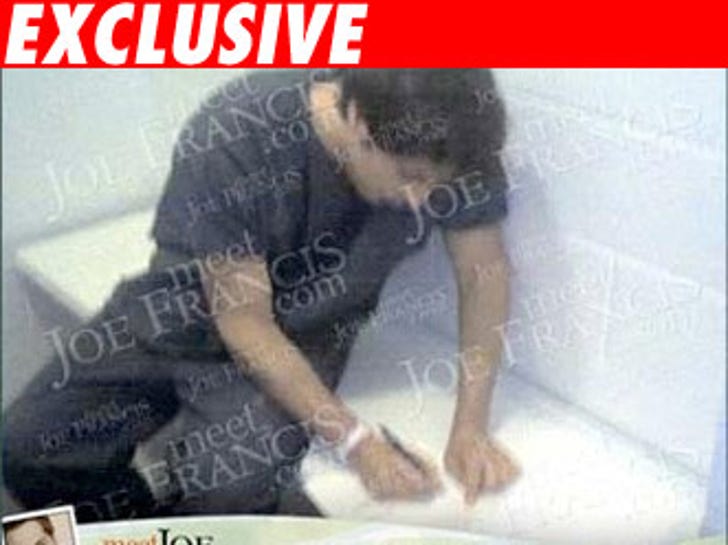 While O.J. Simpson is probably headed to the golf course today after three days in jail and hopping the first flight out of Nevada last night, Joe Francis -- waiting to face trial on tax evasion charges -- is still cooling his heels in a jail near Reno, with no end to his incarceration in sight. Yes, he's still there. 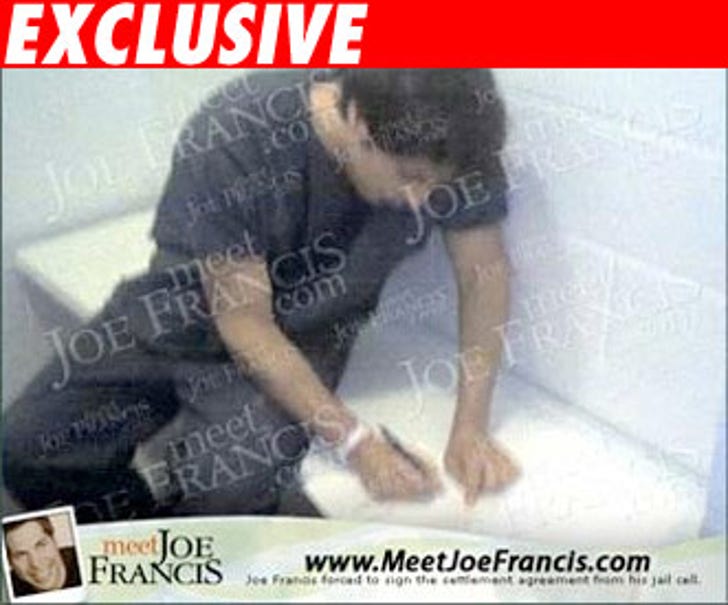 To help bring his plight to light, Francis has launched MeetJoeFrancis.com -- from inside the clink -- and it's launching today. He tells the long and sordid story of his legal woes -- ten long pages of it -- and even claims that he signed a settlement in his cell (above) with seven women who had filed suit against him for filming them while they were minors. He signed "under duress" from a judge he believed would set him free for doing so. Not true.

Elsewhere, the "Girls Gone Wild" founder tries to set the record straight on the charge that he flashed a Benjamin to bribe a prison guard to get him a bottle of water. Francis says that he was just giving the guard money to go down to the commissary so he could take his cholesterol and sleep meds, but that it got blown out of proportion too.

There is a legal reason that Francis is stuck in jail -- if he steps foot outside the Washoe County Detention Center, he'll be picked up by marshals and shipped back to Florida for more jail time, because, unlike OJ, his bail has not been granted.