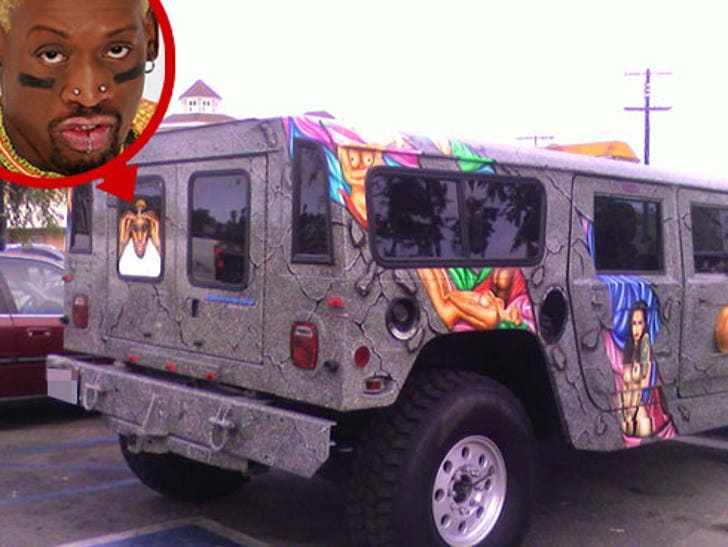 Dennis Rodman likes to put his Hummer wherever he wants! What a baller! 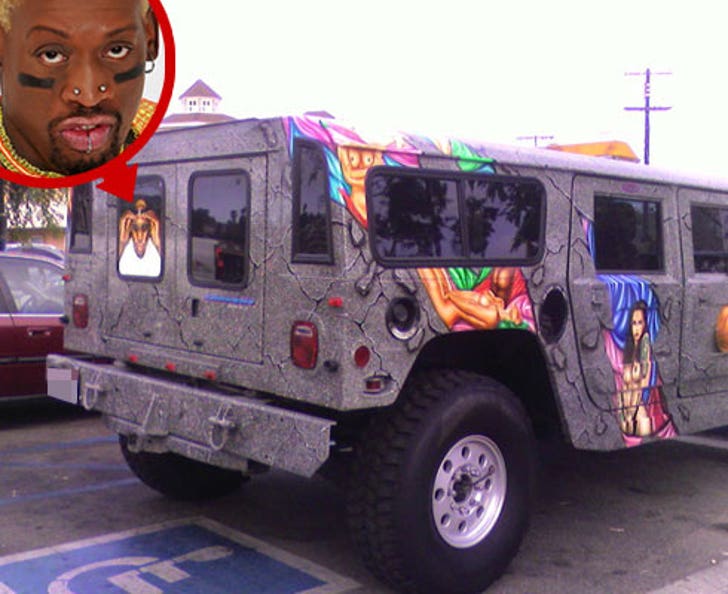 While at Hennessey's Tavern in Dana Point, Calif. on Sunday, it looked like the 46-year-old former NBA star parked his graffitied, gas-guzzling urban assault vehicle in a handicap accessible spot. Well, he has always been a little special!

TMZ's buddy, John, was kind enough to send us some additional pix of Rodman's wacky ride!