Being with George Clooney may seem glamorous, but it's not all globe-trotting and red carpet premieres -- you have to endure the occasional motorcycle accident as well. 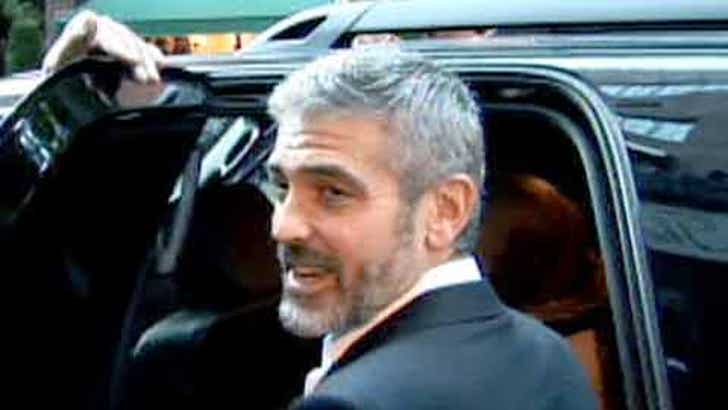 George and girlfriend Sarah Larson left their NYC hotel yesterday afternoon for the premiere of his new movie, "Michael Clayton." George was hiding his bandaged right arm underneath his suit, but no dress in the world could cover the crutches Sarah needed to get from the hotel to the car.

Sarah suffered a black eye and a broken foot in a motorcycle accident with George over the weekend. Foot, shmoot. She's dating George Clooney.