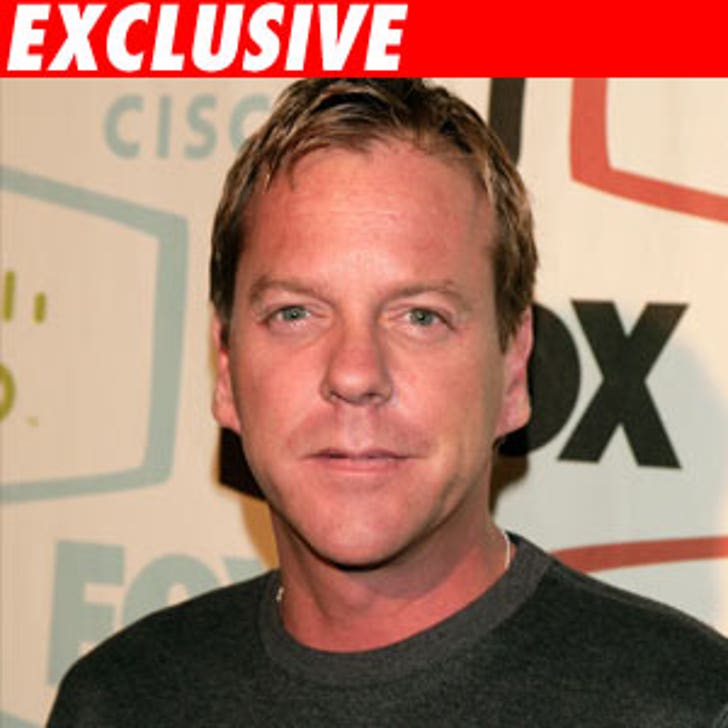 Jack Bauer isn't untouchable after all.

TMZ has learned that "24" star Kiefer Sutherland was busted on suspicion of DUI in West Hollywood last night, after allegedly blowing more than twice the legal limit of .08. This is the actor's second DUI in the past five years -- he was arrested in 2004. By California law, if he's convicted, he must serve a mandatory minimum of five days in jail.

Police sources tell TMZ 40-year-old Sutherland was pulled over around 1:35 AM PST on the corner of La Cienega and Beverly. Sutherland was at the FOX Fall Eco-Casino party at Area nightclub earlier that evening. The photo in this story was taken at the event.

Sutherland, who was stopped after making an illegal U-turn, was arrested for misdemeanor DUI and transported to the Hollywood Police station. He was booked at 4:09 AM and released at 5:42 AM on $25,000 bail.

We're told Sutherland was "cooperative and mellow" while he was in custody.

Sutherland is scheduled to face a judge on October 16.

A rep for Sutherland told TMZ "It would be premature to comment at this time."