TMZ cameras caught up with boxing champ Floyd Mayweather, Jr. and said absolutely nothing -- even more resoundingly when asked about the Oscar De La Hoya "picture" scandal. For someone who can talk his fair amount of trash inside the boxing ring -- outside, he's a cold piece of work! 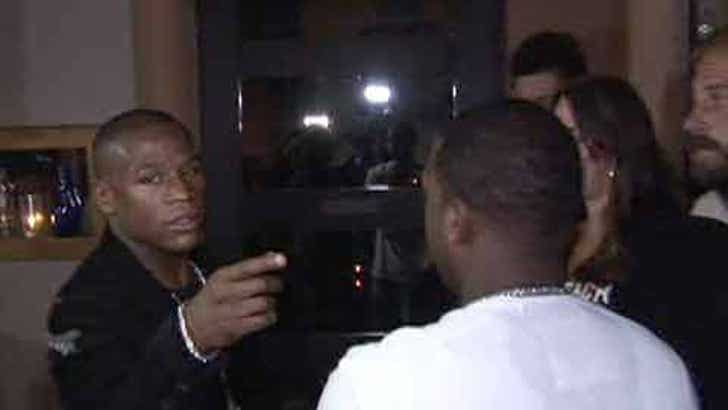 The one thing that spoke for itself was Mayweather's car -- a Maybach! The sweet ride has a "Mayweather" symbol identifying the make, and the lowest-end 2007 model starts at an insane $335,500! When you shell out that kind of money, you can pretty much not say anything you want!