Believe it or not, wrestling train wreck Joanie "Chyna Doll" Laurer has fans -- and it's not just her surgeons! 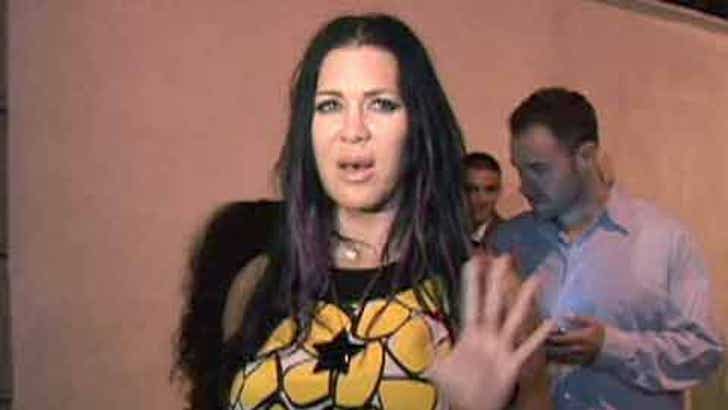 The 37-year-old Robin Antin look-alike was snapped at the Bonaduce-Fairplay smackdown, rambling about having to go to some event where her fans awaited. Where? In her mind?

Turns out the unnatural beauty is scheduled to appear at something called the Chiller Theater Toy, Model and Film Expo at the Parsippany, NJ Hilton, alongside the likes of Gary Coleman, Linda Blair and Frank Stallone! She's huge in the Garden State!