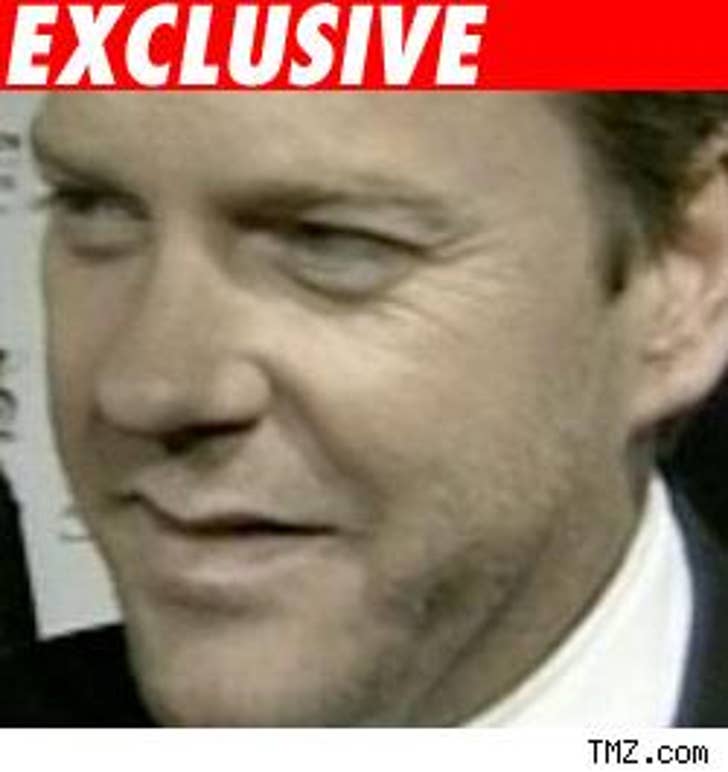 UPDATE: Kiefer has pled no contest to. Click here for more info.

TMZ has learned Kiefer Sutherland will plead no contest to DUI, and it's happening in a matter of minutes.

Sutherland was arrested on September 25th in L.A. and charged with two misdemeanor counts of DUI. Cops say Kiefer blew more than a .16, more than twice the legal limit.

Back in 2004, Sutherland plead no contest to DUI where he was driving with a .22 blood alcohol level. He was placed on five years probation. Today's plea deal means Sutherland is essentially admitting to a probation violation -- a violation that could land him in jail for up to a year and a half.

Interestingly, the judge in the 2004 case is Michael Sauer, famous for throwing the book at Paris Hilton. Sauer is on vacation today. Sutherland's mega-lawyer, Blair Berk, will go into another courtroom and a different judge will take the plea.

The judge will set a sentencing date today.