Normally, Spencer Pratt and Heidi Montag ask the paparazzi to follow them around while they do the most mundane things. But today, they actually did something worthwhile! Who'da thunk it? 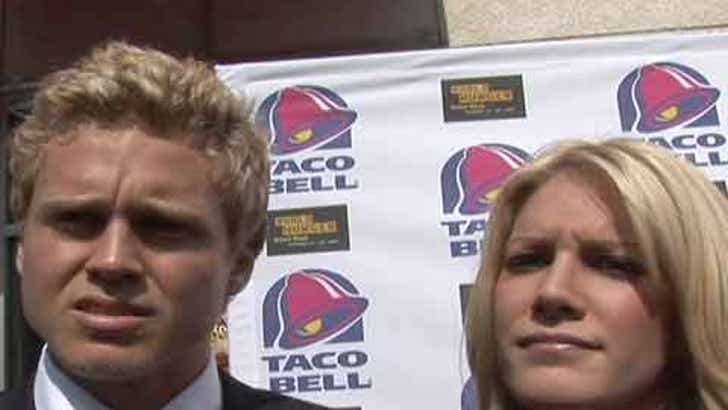 The "couple" is lending their "fame" to help raise awareness for World Hunger Relief Week, hosting a fundraiser at a Hollywood Taco Bell. For their support, Taco Bell is making a $10,000 donation to the World Food Programme, but did not agree to take the blame for spreading the rumors about L.C.'s sex tape.

Coincidentally, a hacker got into Heidi's personal site yesterday, posting a message as Heidi, claiming credit for inventing the L.C. sex tape rumors -- and now Spencer and Heidi are both trying to investigate who did the hacking.

Spencer tells us, "We've got Jack Bauer on it ... hopefully he'll be sober." Hilarious, Spence. Hilarious.