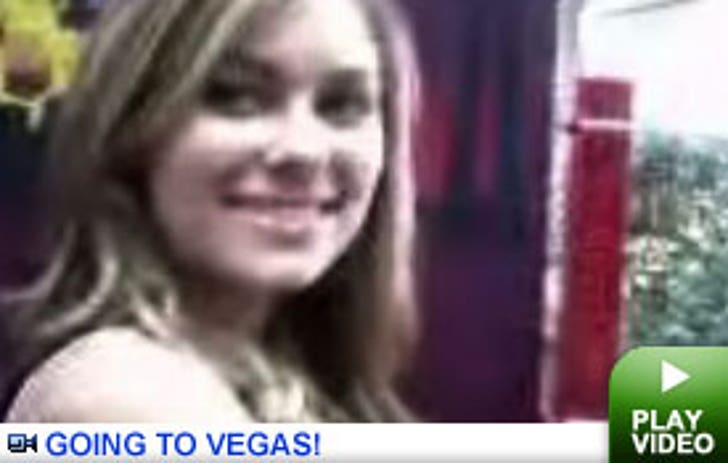 Lauren here -- with the latest from My Mobile Life.

Audrina and I headed to the airport for our trip to Las Vegas for a Virgin America launch party. Before our flight, we hung out a little too long in a restaurant in the terminal and had to-- and had to literally run to make the flight! Once on board, Audrina made ink handprints for an American Red Cross charity -- getting the ink off turned out to be a really big mess!

Once in Vegas, we stayed at the Wynn, which is a beautiful hotel. Before the party, we had a delicious sushi dinner at Okada and checked out the awesome waterfall inside. The party, which was celebrating the airline's new Vegas to San Fran route, was held at the hotel's Tryst lounge, and everyone from Carmen Electra to Pam Anderson was there. It was a lot of fun, but by midnight, I was ready to call it a night!

Before we knew it, we were back on the plane and on our way home. It was a quick trip, but Audrina and I had a blast!

P.S. I didn't break any FCC regulations while I filmed on the plane. I had the phone on airplane mode.