Mariah Carey introduced her new perfume at Macy's in New York yesterday, and the stench of divaliciousness was thick in the air. 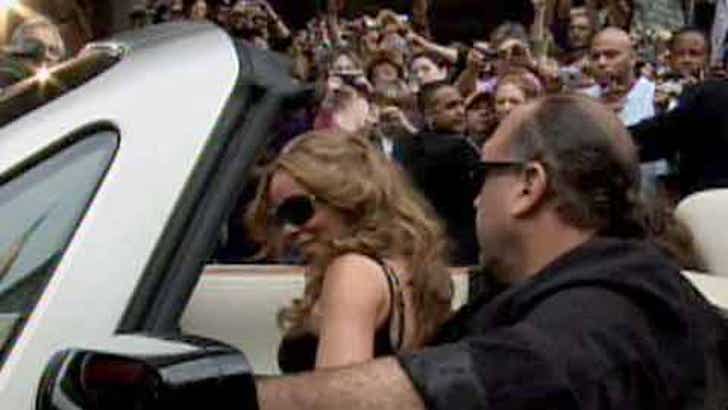 TMZ was on the scene where fans were stacked eight and nine deep to catch a whiff of Mimi, who arrived in a Rolls-Royce droptop, with the kind of police presence normally reserved for heads of state. Once they managed to get inside, 200 lucky fans had the privilege of paying $130 to get a bottle of M, and 75 even luckier ones had to shell out $300 for "VIP" access, which allowed them a posed picture with Lady Mariah.

But things weren't so rosy for one young guy who tried to get close to Mariah. We're told that Mimi wouldn't let her male admirers put their arms around her waist during picture time -- and absolutely no hugs.