Britney Spears was pulled over by an L.A. Sheriff last night -- and while she got off with just a warning, the scene around the car was complete insanity. 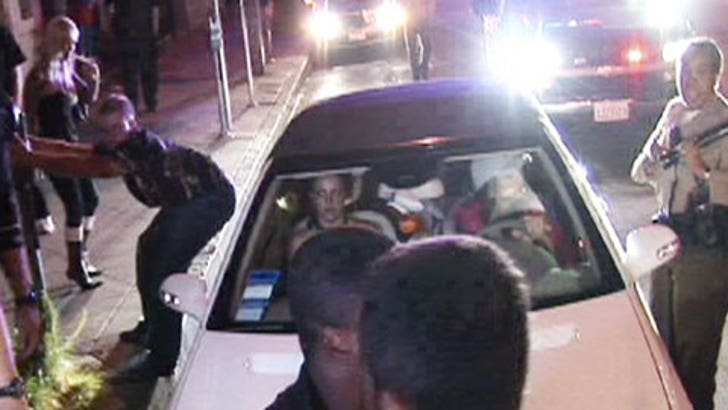 TMZ caught Spears and ex-assistant/"cousin" Alli Sims leaving Winston's late Monday night, where the two were quickly pulled over for a minor infraction, nothing serious. Brit wasn't driving, but it was her Pumpkinmobile, and Alli can be heard telling the officer, "We'll get one this week, she just got this." It's unclear what was said, but It appears that Brit's temporary tags might have expired.

After the officer walked away from the vehicle, a drunk guy started shaking his booty against Brit's window, with Spears looking extremely confused (more so than usual) as he kept dancing. A screaming match broke out in front of the car too. Gimme more crazazy!