The Backstreet Boys still have a huge following ... in Ireland! 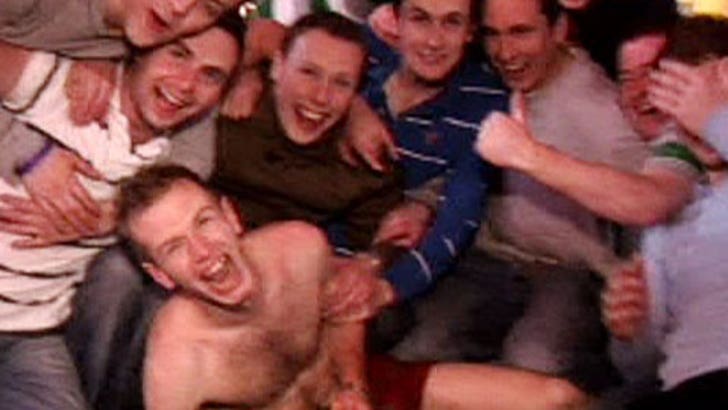 TMZ was outside of Virgin Megastore in Times Square last night, where a few obsessed BSB fans were already lined up for tonight's record signing -- including a team of wasted, red-headed, Irish soccer players.

After singing a sloppy rendition of "I Want It That Way," the guys proceeded to strip off most of their clothes -- thankfully leaving boxers intact -- and even had a jig-filled dance-off with a homeless man. Way to break down those Irish stereotypes!