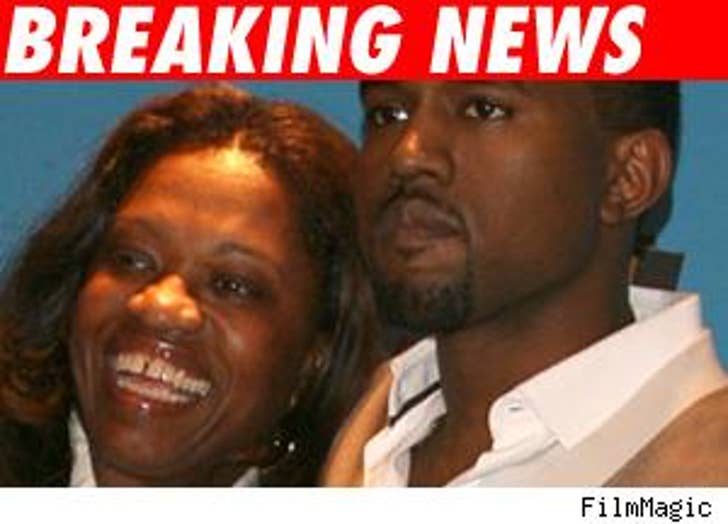 The L.A. County Coroner confirms to TMZ that they are investigating the death of Donda West due to possible complications from cosmetic surgery.

They will be performing an autopsy this week.

West was a former chairwoman of Chicago State University's English department, and headed up the company for Kanye's West Brands endeavors. She also handled the non-profit Kanye West Foundation, which seeks to increase literacy and reduce dropout rates.