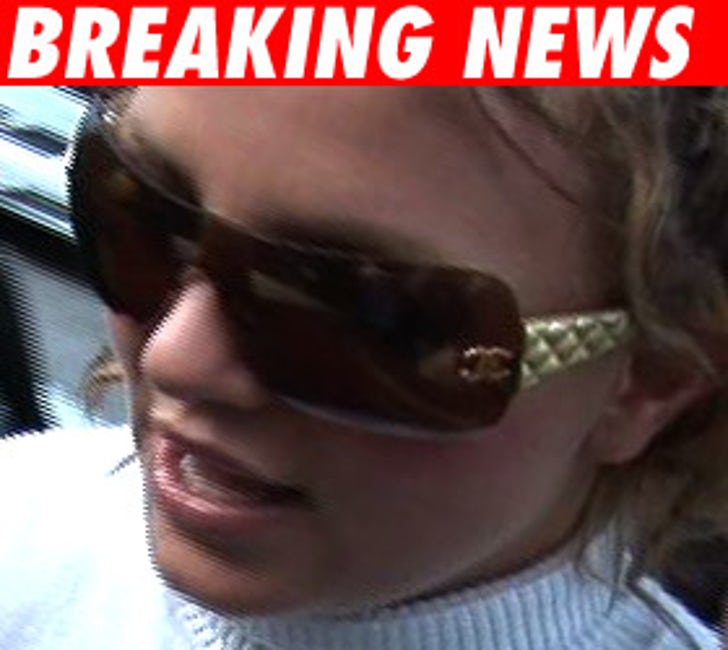 TMZ was in a Van Nuys courtroom today as Britney Spears' attorney, Michael Flanagan, asked that her driving without a valid license case be continued until January 2. I need me a break for the holidays, y'all!

As TMZ first reported in October, the L.A. City Attorney wants to place Britney on 12 months of probation for driving without a valid license. If they do, and she picks up another citation or happens to run over a photographers foot, that could constitute a probation violation and she could end up in jail just like Paris.

Flanagan told us today that the case needs further discussion and he wants to examine all the evidence -- hence why he's asking for more time. He also tells us he believes Brit's case should be regarded as nothing more than a fix-it ticket. He says 49 other states would see that Britney's Louisiana license was valid until 2010. He told us "She had a license, you can drive to California with it."

Spears was charged with hit and run and driving without a license, after allegedly hitting a car in a parking lot on August 6. The whole incident was caught on tape by paparazzi. The hit and run charge was dismissed by the court after a settlement was reached with the owner of the car she hit. Flanagan pleaded not guilty to the charges of driving without a valid license -- on behalf of the absent Brit Brit.