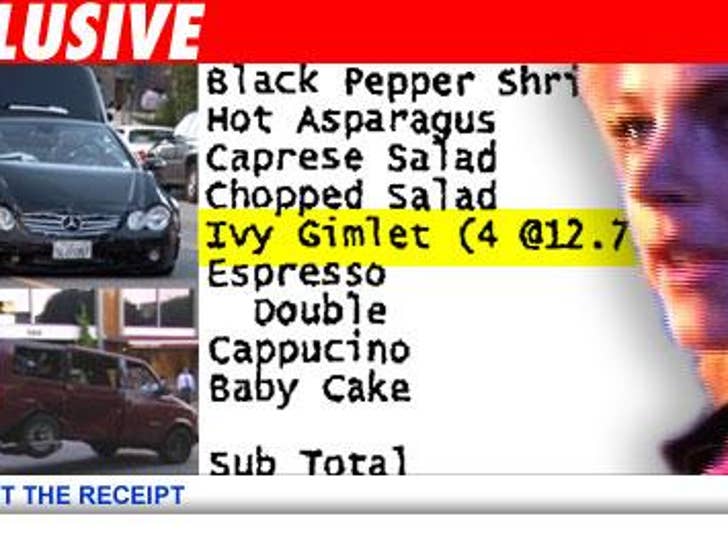 The busboy who is suing Lindsay Lohan -- alleging she was drunk when she crashed her Mercedes into his van back in 2005 -- may have found the proof he needs. TMZ got a hold of Lindsay's bill from the Ivy restaurant, where the now-rehabbed had been dining with chums. The bill clearly shows that the party of five ordered four Ivy Gimlets -- a strong vodka/mint drink, but there's no way of knowing if Lindsay, who was 19 at the time, partook of the tasty cocktails. 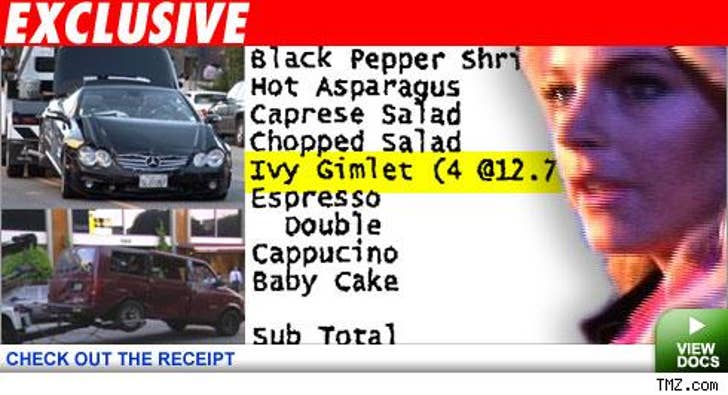 LiLo claims that the police report makes it clear that alcohol was not a factor.